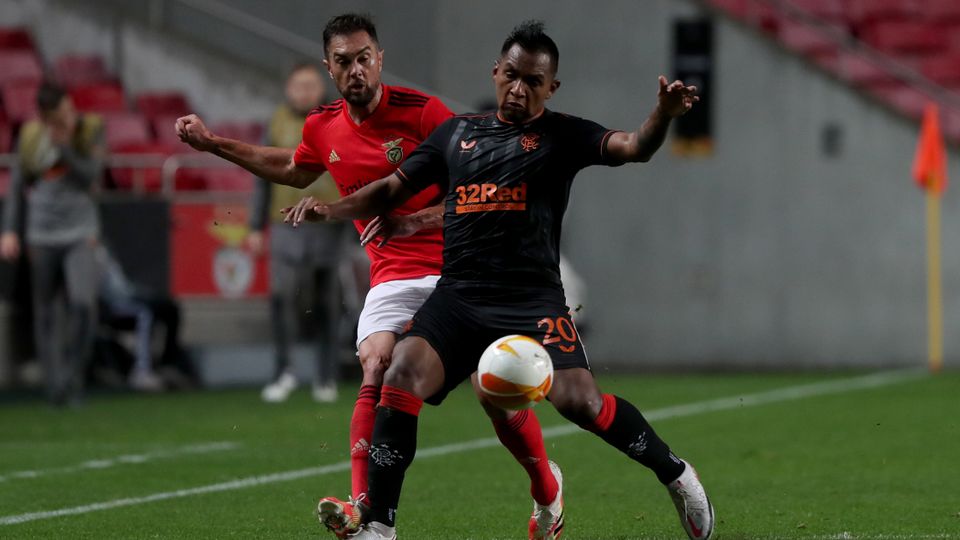 Benfica have a real pedigree in European competition, both historically and in more recent years, and a regular feature in the Champions League. This tie was a proper European clash, two giants of their countries up against each other, and the tragedy of not having a packed Estadio da Luz for the occasion was not lost on me. In the end, for the neutral, this turned out to be the classic that the history lived up to. From our point of view, we felt deflated after snatching a draw from the jaws of victory due to poor game management. To be disappointed in only gaining a point in what was our toughest game of the season so far says a lot about how we have been this season. Yet we are still undefeated this season, we are still on course to qualify out of this group, and we are still looking like a very strong side indeed.

It was the worst possible start, an own goal within the first couple of minutes due to an uncharacteristic defensive lapse. Early on it was clear this was likely to be reminiscent of when we faced Bayer Leverkusen last season, but we calmed the game down and brought things back into balance by firstly getting one of their players sent off, then equalising with an own goal of our own. We then put in the sucker punch to take the lead with a brilliantly worked goal. Our striker then scored a record-breaking goal to give us a two goal advantage which surely would have seen us secure another famous European night. Benfica then came back into the game with another defensive mistake, and our failure to run down the clock to see out the game ultimately cost us with a last minute equaliser.

Here is how you rated our players from the draw that feels like a defeat.

Three goals conceded in a match would tend to suggest a poor performance, but I’m not sure you can really put the blame on him for any of the goals. There were no big saves to make, as Benfica only had two shots on target, so you might want to ask what you could look at from a positive point of view. The answer for me would be very little, in the same way there was very little negatives. So not a dreadful game, but not a good one either.

Tav plays a crucial role in all three goals we score. His low cross across the six yard line for the equaliser is exactly the kind of ball to play in that situation, any knock on the ball from a leg could likely go into the net and on this occasion it did. His link up play in helping drive the ball forward for the second goal was also really good, and he does for the third goal the same clever ball as he did for the first, only this time it was a deliberate play into his opponent to tap in. Three vital contributions to all of the goals. No blame to him for any of the concessions.

You can’t really place any blame at Goldson’s feet for the own goal, due to the fact it was a cut back that merely ricocheted off his leg into the net. There is maybe a bit more blame placed on him for the equaliser, in the sense that he is unable to defend along with his partner the final attack of the game. He is the deserved winner of the player of the month award from the league as he has been so consistent of late, and a vital part of our defence. I would go as far as to say he has been our player of the season so far.

A very bad night for a normally very reliable defender. His error at the start thankfully did not set the tone for the team but it did for him, taking far too long to deal with the ball and not dealing with the subsequent loose ball. He also takes far too long to deal with the ball in the build up to the second goal, and is out run and out muscled by the attacker for the equaliser. There have been too many comments about us needing to revaluate his contribution to us off the back of this. Yes, this was a dreadful game for him but he has still been a very important part of our defence this season, and will no doubt bounce back in no time. The sooner he plays again the better in my opinion, consign this match to the history books.

The dummy run in the build up to the second goal is a very important contribution. It takes the eyes off the defender away from where the ball is, allowing space for the shot which gave us the lead. He was up against their most threatening attacker, and it was an admirable effort from Borna in that respect.

It was he who began the move leading to the outstanding second goal, from our own goal line no less. It was a hark back to last season in terms of a midfield trio for the biggest of games, with Jack’s inclusion being the most significant. Total sense in that thinking given the level of opposition, and in the main it worked well.

Played some lovely passes and controlled the match in the manner he does when he is really firing. His link up with both full backs is excellent, understanding the movements they will make and consistently finding his men with those passes. He is a big part of why we looked so good in our positive spells.

Probably the one player in the team who you would not expect to have a shot from that area of the field was Glen Kamara. Yet his low driven effort put us ahead and he completes what was an excellent move from the team. On top of that he does all the other good parts of his game that he has continued to do during this recent spell. Goldson won the player of the month award but Kamara would have been just as worthy a winner.

Has to score the headed opportunity afforded to him that would have extended our lead in the first half. I thought his inclusion was a smart one, think back to our win at Parkhead in December, he plays that role here but finds himself deeper at points as well to add support to the midfield, a sensible approach. But what we did well in the game did not really involve him, and he is the player who is subbed off in what was, amazingly, our only substitution of the game.

Huge congratulations to Alfredo for breaking our European goals record. He has thoroughly enjoyed himself in the Europa League the past couple of seasons, and to break that record on such a stage is excellent for him. His pass to Kamara to set up goal number two was magnificent, and evidence of why he is still, in so many of our games, the ideal striker option, because he can offer so much more. His movement and foresight to be in that area of the penalty box to receive Tav’s ball is also good, it’s more than just a simple tap in, he has to work to get into that position. A really good shift from him.

Fatigue comes in many forms. For athletes the assumption is you are discussing physical fatigue but often, especially more important players in a football team, that weariness can be mental. I believe that is what is happening with Ryan Kent. His body language is of a man who is trying very hard for the team but is not able to achieve that output, his chance that hit the post an example of his lack of fortune in that respect. For me, he needs to have a game or two out of the starting line up. I would begin that on Sunday. Have him on the bench, but just relieve that pressure from him a bit. It has worked for other players in the past, it feels like it is the time to do that for him now as well.

Just run the ball into the corner. That is all you have to do. It is so late on in the game, we don’t need to chase another goal. Just run the clock down. But he makes the wrong decision and it cost us. How unfortunate for him, but he does have to shoulder a lot of the blame sadly. 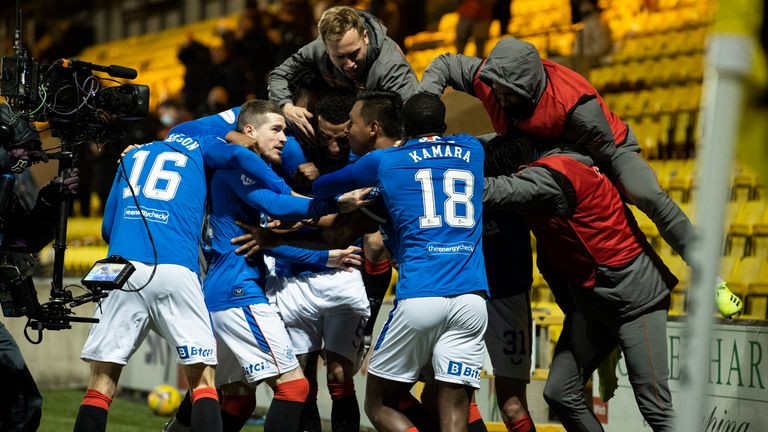 Player ratings from our win away at Livingston.

12 Nov 2019
question_answer0
The “proper” football is back again! We all felt very excited to see us take on Livingston on Saturday at…
Menu
This website uses cookies to improve your experience. If you continue to use this site, you agree with it.
Ok