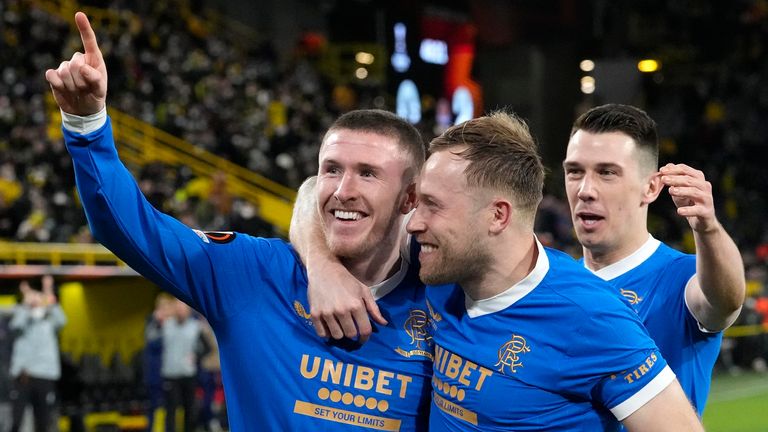 Austin Benson debuts on Heart and Hand giving his player ratings and thoughts on our player’s on a historic night in Germany!

Didn’t have much to do initially, however when called upon he was brave in terms of claiming the ball from crosses and shielding it from Dortmund’s attackers. He did concede two goals, with McGregor looking out of place for both, however on Guerreiro’s strike there was not much he could do to stop it going in. Also, he was booked for time wasting, although his display was passionate and courageous throughout.

Looked positive from the beginning, with him attacking down the wings to great effect, often drawing defenders to him, and getting the pass off when he needed to. When Rangers won their penalty following a VAR check, Tavernier would go onto slot home confidently past Kobel into the right corner. His crossing was excellent too, with the link-up between him and Aribo from corner situations paying off again, as Tavernier whipped the ball for Aribo to head into the path of Alfredo Morelos, who tapped into an empty Dortmund net.

Started off holding a high line with partner Calvin Bassey and looked solid throughout. With a 100% ground duel win rate, and a 75% aerial duel win rate, he was rarely caught out.

Also held the high line with Goldson effectively and didn’t have many questions asked of him by the opposition.

Had a fantastic chance early on with Kent sending him on goal, however could not finish past Kobel. With Borna’s confidence weaning in recent performances, he did have some moments, such as a misplaced pass, or his shaky goal-line clearance. However, he more than made up for that with a solid defensive display, and did not stray away from the fundamentals, which hopefully will put his and fans’ minds at ease.

Ryan Jack looked exceedingly confident on the ball, with his ability to spray a pass being utilised to full effect. His hold-up play was also fantastic, having only been dribbled past once. In terms of recoveries from the midfield, Ryan Jack was outstanding, winning the ball back from Dortmund 10 times.

Very composed when on the ball, with him rarely misplacing a pass. Ryan Kent would tee Lundstram up for a sublime strike early in the second half from just outside the box, which flew past Kobel to stun the Borussia faithful into silence.

Ryan Kent returned to playing on the wings for Rangers tonight, and was brilliant. His dribbling was fantastic, as he and Tavernier wreaked havoc on the right flank. Moving across the wings in the second half proved crucial, as he would spot John Lundstram and assist him for Rangers’ third.

Scott Arfield looked slightly anonymous in the first half, however his teammates would pull through to provide the creativity necessary to our attack. He would go off for James Sands not long after the hour mark, which would see our formation convert to a back three for the remainder of the match.

Joe Aribo started off slowly in the match, however he would come alive in the game with a header towards Morelos who was at the far post to tap in. In a usual theme for Aribo, his hold-up play was brilliant, allowing for his teammates to move into better positions before getting a pass off.

What more is there to say? He was instrumental in everything Rangers did in attack, including grabbing a goal from a corner, as his expert movement off the ball meant he was left alone to score into Dortmund’s empty net. His ability to glide across the front three with ease was a joy to watch, and his hold-up play would prove effective again, holding off Dortmund’s steely defence.

Brought on for Arfield, Sands would slot into a back three, and looked good when defending. He covered the fundamentals, however he would not exceed any expectations, booting the ball away perhaps more often than needed, but his hunger was really on show.

Juventus loanee Aaron Ramsey was brought on for Joe Aribo, and played with confidence. He would help defensively by holding the ball up for a Rangers goal kick, which really showed his desire to maintain the result, and no doubt endeared himself further to ‘Gers fans. In attacking terms, he would feed Ryan Kent through with a well-placed delivery, although Mats Hummels would slide in to clear the ball away from Kent.

Glen Kamara was brought on late into the game for Ryan Jack; a decision no doubt made by Giovanni Van Bronckhorst to preserve Jack for future games.

Scott Wright came on for Morelos in added time, who had pulled up with a potential hamstring injury. He didn’t contribute to the game, however tonight’s result will hopefully boost Wright’s drive to compete for a first team place.

November 12, 2019
question_answer0
The “proper” football is back again! We all felt very excited to see us take on Livingston on Saturday at…

November 12, 2019
question_answer0
What. A. Night! The tension, the stakes, everything about it. This is what football is about. This is what supporting… 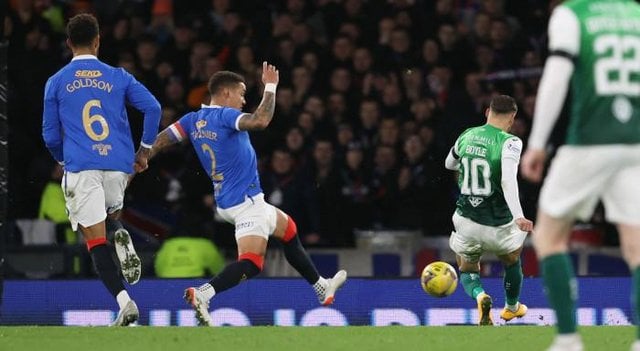