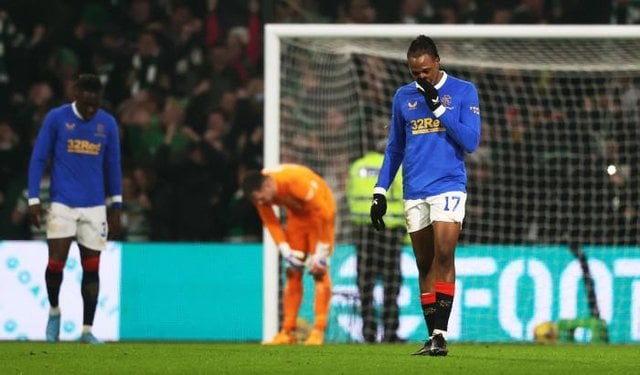 It benefits no one that matters to go into great detail over what happened on Wednesday night. It was the worst display we have seen from our team in a number of years, and the context of what it has done in terms of the league table, as well as it being an Old Firm match, makes this a night we really want to move on from and forget. It is, however, important to point out that what Celtic did in the game is exactly what you would expect them to do. They started brightly and were fast in moving forward with the ball. As a result, they went into the break with a three goal lead. Two from edge of the area shots where the same player was not closed down, and a simple finish after a defensive collapse from us. We must remember that we had a spell where we had the ball more, but we did not look likely to score during our attacks, with our best chance coming just before their second. Our passing was awful though, and our defending was utterly disgraceful.

As we also expected from Celtic, they tired as the second half wore on, yet we, despite making numerous half time changes, were unable to capitalise on this. I say this as though we still had a chance, sadly for us the game was done after the first half. A cross bar hit was the closest we came to getting a goal, but their goalkeeper was not tested anywhere near enough for our liking. This must be a wake up call for the team now. We have not started since the winter break, we have dropped far too many points and we find ourselves in a position where we are now behind in the league. Nothing was decided tonight, there is absolutely a long way to go in terms of the league, but there must be a reaction from the team now. There must be changes made by Giovanni van Bronckhorst, in terms of personnel, in terms of game approach, in many respects.

Here is how you rated our players from a forgettable night at Parkhead.

If it wasn’t for some of the saves that he made, in the first half especially, then this could have been a real embarrassment of a night. He gets a pass for me as he needs so much more support from those in front of him in terms of the goals conceded.

There seems to be a massive shift in many people over his ability to lead the team when times are like this. Can we look to him to be the example for the rest of the team when times are tough. He has done it before, there is no reason to believe he cannot do it again, but he failed to offer the right example here. On top of that, his ball retention was hopeless, and he did not cover himself in glory for the third goal.

He seemed just as desperately frustrated with the defence around him as we were, although you cannot say that he was a dominant force at the back. He has been praised for looking the more composed defender of late, but perhaps that tells us where we are as a defence. He gave us a signature header over the bar late on as well.

The spell of Bassey at centre back needs to end now. We have enough natural centre backs returning and he again just doesn’t look like the sort of player for that position in a game like that. It didn’t feel natural for him to try and bring the ball forward as he has done in other games. But for this game, he should play as a left back which he did in the second half and wasn’t as problematic.

I’m not sure we have seen a worse performance from Barisic in his time at the club. And for that to be now, after having years of being a player who needed to settle in, before becoming a key player for our defence. I’ve never seen him look more scared, more timid, more unsure and more like he did not want to be there than in this game. Every single decision was the wrong one. He didn’t once offer a positive threat. And the third goal, having had the half he had, just topped it off. It is the sort of performance, even having had a day to reflect on it, that should result in a lengthy spell out of the team. That was unacceptable.

What he does is what you would anticipate him to do. Looking to run from deep to have a shot at goal. The issue is his finishing is nowhere near what it needed to be. He had a few opportunities, some of which a better finisher would be testing the keeper with more. I also think his inclusion is confusing given what we were looking to achieve. If he is one of two attacking midfielders we should be attacking a lot more. Had James Sands been playing instead, then the game plan would be more obvious, and you then bring on a fresh Arfield later on to capitalise.

A strange one this because again he was not at all good but him coming off at half time seemed like a surprise to some. The second goal is a lot about him not closing down the player in the area that he should be commanding, yet he continues to show that he is not doing that job. I thought he was coming back to form in that position when GvB arrived but he’s just having a much worse season this time around and his position may now be under threat.

Nothing fell for him in a game that really didn’t make the same impression that we would have expected him to make. It seems typical that when you are putting in a bad game as a team, the ball just doesn’t seem to stick as well, and when that was an issue for Joe then you know it’s a huge issue due to him being by far the best at it. His biggest moment was nearly playing the perfect pass for Arfield to run on to. A better ball and that would have been a goal. A game he will want to move past very quickly.

We seemed to forget for a lot of the first half that we had Diallo as an option rather than constantly going down the left, although when he did get the ball he was ineffective and I think it was a good decision to take him out of the game at the break with what was unfolding.

A lot of what will be said about Kent has to come with the caveat that he never hides and will never shy away from trying something even if it makes his flaws stand out more, and we can absolutely respect that, but we are now at the point where his output for the season compared to games played is a real issue. He should be the guy we look to for these kind of games and he was frankly hopeless. Shooting from distance when it felt like a panicked snap shot. Failing to properly get by his man. Just isn’t doing enough and big questions are now being asked over his worth to the team right now.

Everyone thought it was the right decision to play Roofe from the start, but it’s fair to say he also offered very little in the end. You hoped that he would be able to show that quality he has, but given the way he tends to require a build up to top form, it maybe doesn’t come as a big surprise that he did not do enough for the full game.

Comes out of this game looking like the better defender of all those who played, he kept it simple whilst being far more aggressive than those he is compared to. It’s one of a number of examples of selection errors Gio made in this game. It is a must that he now plays from the start now fit.

Unanimously viewed by the fans as being the best player for us in this terrible game for our team, due to the fact he offered far more heart, as well as sensible play, than anyone else in the blue jersey. Has a shot just outside the area that hits the crossbar, but overall he seemed to make the whole team at least feel more secured in the second half. He has to play more now, it is really important that his injury issues be over and done with now. I really hope that is the case.

I feel our team could have done with his energy in the first half, yet by the time he is on it is far too late. Another player who should be playing from the start, in any of the forward positions to be honest.

18 Jan 2020
question_answer0
This was not a game that will be kept long in the memory of those who attended, but a hard… 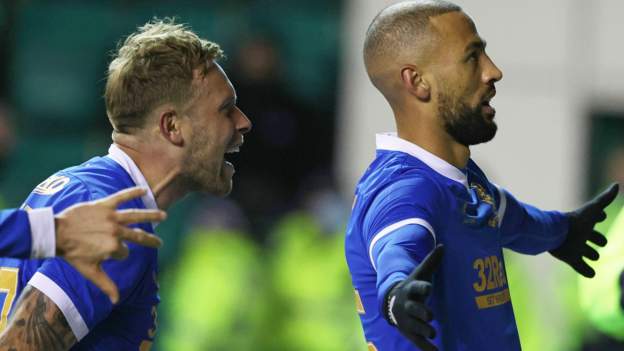 Player ratings from an important away win at Hibs in a dull game. 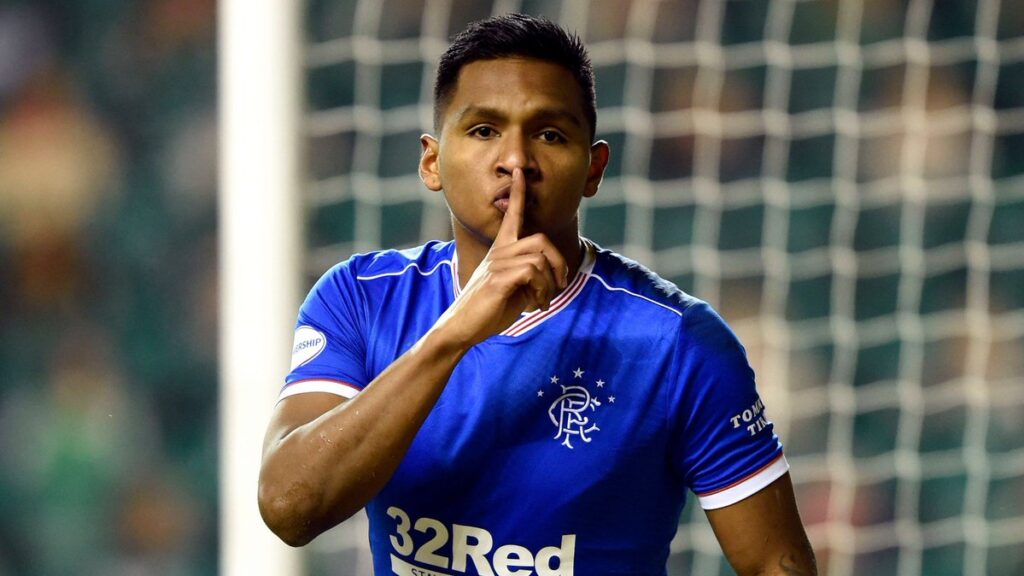 Player ratings from our midweek victory at Easter Road.