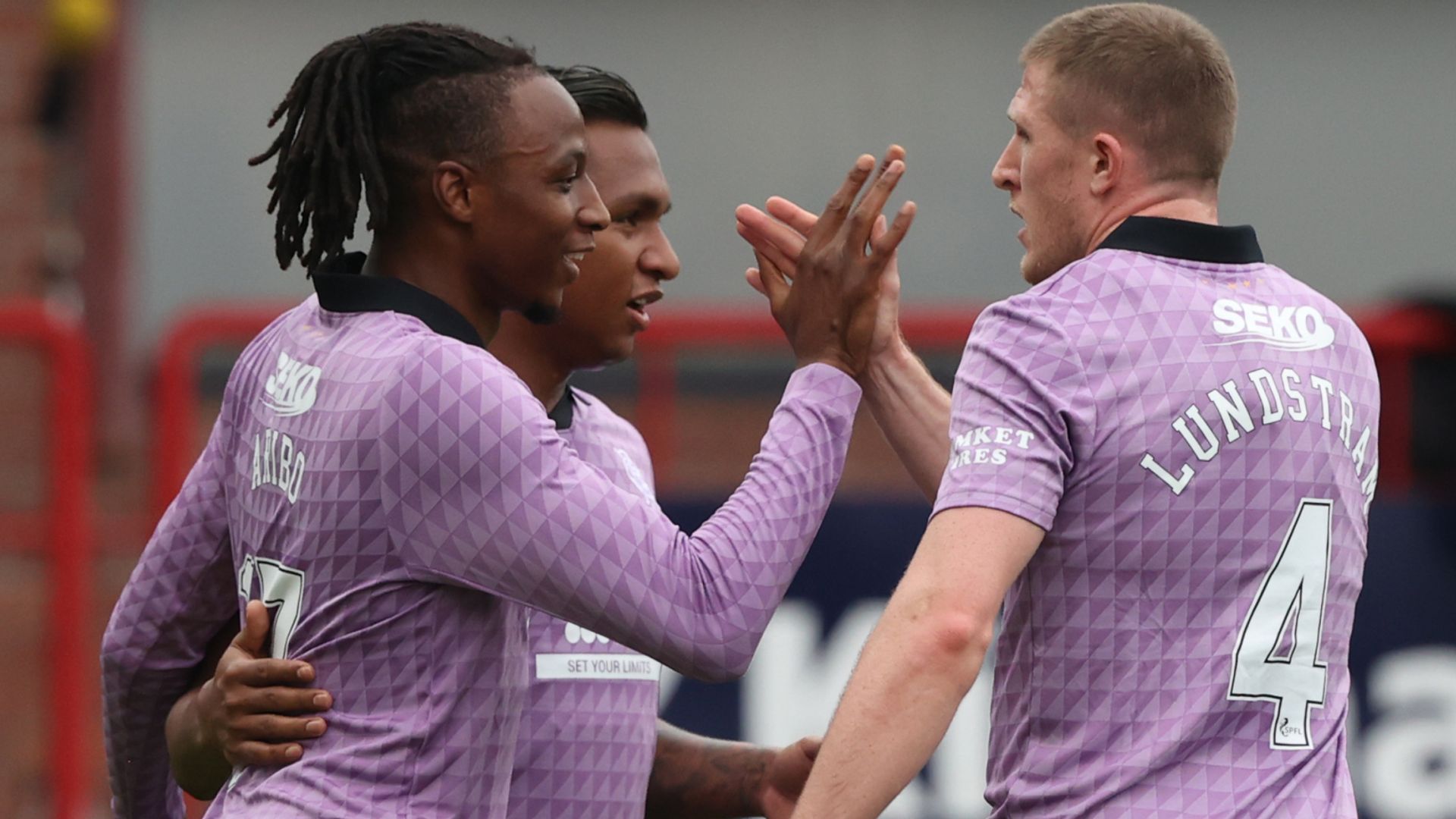 League business returned as Rangers travelled to the “City of Discovery” (tell your own jokes) to face Dundee in a very rare 3pm Saturday away day. The fans were expecting a win and wanting to finally see a convincing display over larger spell of the game, something which we will discuss more in a moment. But the build up was certainly taken up by our desire to remind Dundee’s forward about his previous misdeeds, and the fact that he started the match was a huge surprise to me. And before anyone thinks that it went over the top in terms of what the fans did, his actions over many years made that perfectly justifiable, and if you think that’s an unfair thing to say then I suggest you seek the opinions of someone else. Anyway, the game itself, and in a season where we have been struggling to find the form of the previous campaign, this was another extremely tough watch for us for large parts of the game. In fact, for many, this was the worst team display of the season so far. There was only one moment of quality play from us, early in the game, which resulted in the only goal of the game, with a number of players playing their part in the move. But that does not take away from the fact that Dundee had a number of chances to score themselves, and the only thing that stopped them was a lack of clinical finishing, and a couple of important stops from our goalie. A lack of communication from the defence caused some unnecessary issues. Ahead at the break, but like so many of our games lately, that second goal was eagerly anticipated and vital to making us feel a bit more at ease.

OK, so the first half wasn’t great but for a good moment, but the pattern of recent matches has suggested that the second half would be much better. And for the fans in attendance (like me) we would see more of the action as we were attacking the stand with the away crowd. It did not work out that way. More of the same issues, trying to force something fancy when we are not playing well enough to justify it, and we end up conceding a penalty after what should have been a promising attack. The penalty call is absolutely correct (although that does not excuse the referee from a number of odd calls from some of the challenges we took during the game) and anyone thinking the keeper needs to be sent off as well just doesn’t understand the laws of the game as they stand, the yellow card was correct. The penalty itself was subsequently saved and you wanted the team to push on from there. We didn’t though, and it was overall a hugely frustrating game but with the caveat that we won and given the away form of other teams, we will take that. But we need to play better in these games, it’s that simple.

Here is how you rated our players from our away win at Dens Park.

An eventful afternoon for McLaughlin, far more than what he should have had, but he will be viewed as the hero of the piece for us. Having made a few important stops in the first half, the second half is where things really got hectic. With Dundee through on goal, McMullan looks to knock the ball past the onrushing Jon to tap into an empty net, but Jon’s attempt to tackle for the ball ends up in bringing the Dundee forward down. A penalty without question, and a yellow card, but he does all he can do in that situation. It means he is then able to step up to save the penalty with his legs, before eventually claiming the ball. He did a great job in dealing with that, as well as other attacks later on, a commanding presence in goal and the reason we secured the three points.

Something I was acutely aware of when watching us in the first half, much closer than normal, is the lack of communication between Tavernier and Goldson. This really surprised me as you would think the two senior players would make a point of doing that. Maybe they are taking games like this for granted? Or maybe it’s just part of the general malaise which the manager needs to identify and sort out. His use of the ball was also not the best here.

Where has the old Connor gone? We’ve got the old old Connor back, and I even think that’s a bit unfair on Goldson’s opening couple of seasons at the club. This was a combination of ball use being poor as well as looking so much weaker from a defensive perspective. We do not have someone who can challenge him for his position, so we have to stick with him and hope he finds that form again. And people can rightly point to the contract situation as one that needs sorted out if performances like this continue.

In the aftermath of the game there were fans saying that only the keeper and Lundstram got pass marks for the game, but I think Balogun deserves to be recognised as well for his part in the win. He looked the better defender and helped limit the more dangerous Dundee attacks to our right hand side for the most part. He was outstanding, but he did his job, and again showed that he should be starting game in game out as things stand.

Keeping his place from Wednesday, which is likely to give Borna extra prep time for Thursday’s trip to Prague, you want to see Bassey earn that starting spot and I don’t think he did anywhere near enough to make any sort of case for keeping him there for the next couple of matches. He was in that tricky place of not wanting to get forward enough, but when he did, he didn’t do anything useful with the situation. One of many players who looked like they were playing at no more than 50%. But by the looks of it plenty would say he did better than that, which is absolutely fair enough.

I wonder whether he gets frustrated that other players around him don’t think about moving the ball in the same way as him, and his way of showing that is by simply doing those moves anyway. In the middle, he is fine, not spectacular but he knows how to create space for himself and it always works and looks good. But in the final third he just doesn’t have the same link up play with the forwards that you would be looking for from someone who is more advanced than a holding midfielder. He used to sit deeper, but he absolutely is a number 8 player now (I think) and as a result he should be doing better in more advanced positions.

Yeah, that’s your Lundstram properly arrived now. By far and away the best outfield player, who was smart with his use of the ball, playing passes to the wide areas to set things going, and on the odd occasion can bring the ball forward himself. His strength is something that is key to how he plays. He is strong in the tackle, winning a couple of duels in the middle with what you would call “proper” challenges, and when he gets forward he is now playing with a belief in himself that makes it a lot harder to shake the ball off. He doesn’t have the range of passing that Davis does, but he is better physically. I think it gives the manager a great couple of options for that key role depending on the opposition. I really hope we interchange those two if and when it is required.

Playing Aribo in a game like this makes complete sense. You expect to have the initiative and a lot of the ball going forward, so having an extra attacking option from deep gives you an extra dimension, and that’s what helps us score the goal. It’s really good build up play with a number of passes involved, which ultimately leads to Aribo being played in and it’s an easy finish for him in an area that he would hand pick as his ideal position to have the ball. I say easy, it’s easy for him as he is very good at that. His issue, for me, is he then gets dragged into the midfield issues which result in his overall performance being a lot poorer.

Keeping his place after making a great impact in midweek, I was disappointed we didn’t get the ball to him more than what we did. I feel he had to go and get the ball himself, and that is a consequence of sorts when playing in the position he plays. His lack of playing as well as he has in other games this is more down to the type of game it became, with the lack of service, and his early departure came about due to his play style not suiting the game that it was becoming.

A moment of invention which makes a huge difference, showing why he is the complete forward. He sees the run Aribo makes and when he gets the ball from wide, a lovely lofted ball over the Dundee defence has Aribo in on goal. He deserves huge credit for this solitary moment of skill, something that the team tried to replicate during the rest of the game but had no effect. Like Hagi, he did not receive much service otherwise, so it was difficult for him to do much else, but his contribution is important.

Another game to add to his current poor spell, a spell where he has still helped us win games granted, but it’s perfectly reasonable to ask for more from him. This should be an easy game for him to navigate, but he just didn’t do anything of note, and a shot from distance in the second half annoyed me in particular as there were a number of better options. I thought it summed things up for him quite nicely really.

I expected a hunger from him to make an impact off the bench, and in fairness he had enough time to settle himself into the game rather than coming on for the last 10 minutes or so. He made some promising runs in behind but he just couldn’t find the space to take on the shot that he really was after, but he needs to be better at trying the snap shot when he can.

We never really got any invention from him and I worry that his impact when coming off the bench doesn’t have the same affect compared to where he first arrived. He is due a really good shift for us.

Again, not enough time to do anything of note, but he seems a useful player to bring on to keep possession in the right half of the field with a narrow lead, so there is that at least.

November 12, 2019
question_answer0
A game that many fans expected would be either a very dull or very nervy affair, taking into account that… 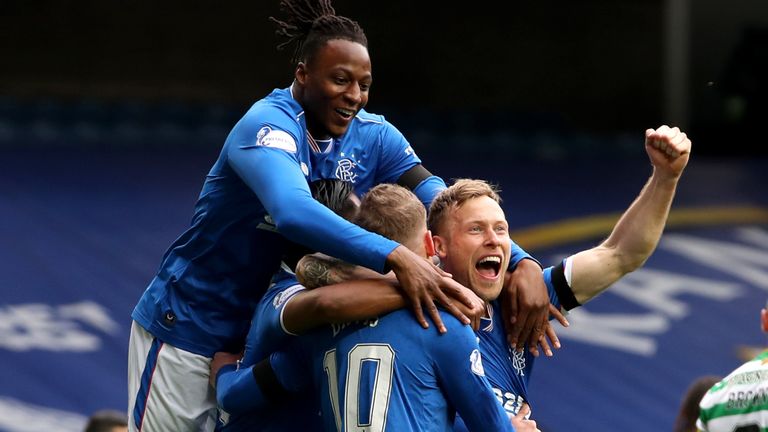 Player ratings from our Scottish Cup 4th round tie against Celtic. 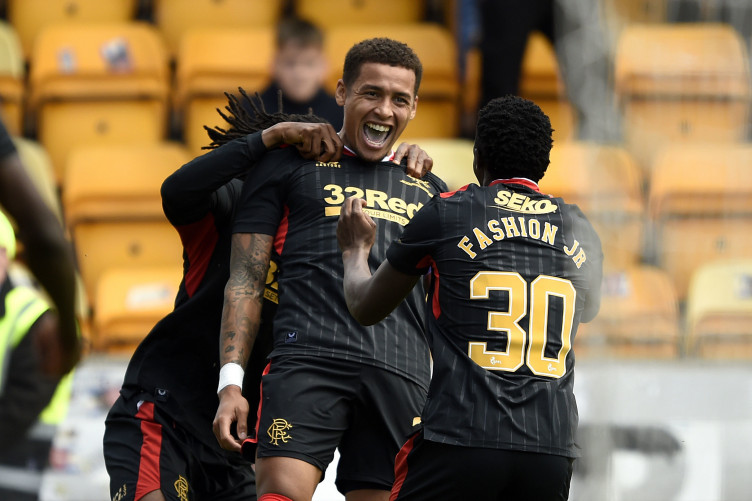