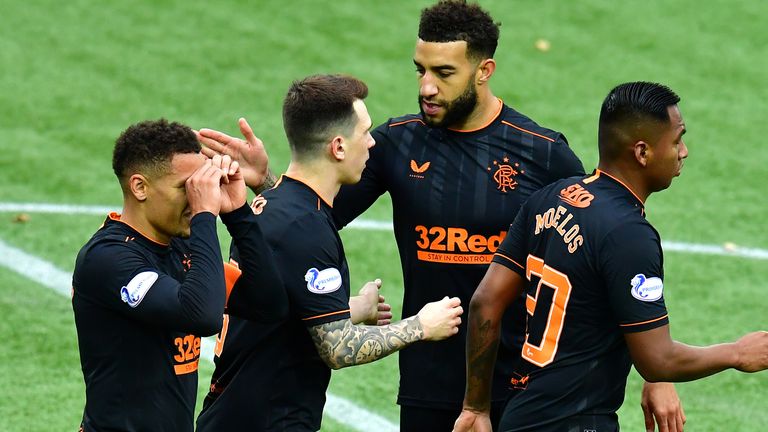 Rangers travelled to Rugby Park to face a Kilmarnock side who historically have caused more issues for our side in recent years than is altogether decent. A bogey team for us, particularly on that rotten surface, this was an interesting test for our side who have been in excellent form, against a well-coached side who does not contain many fans of Rangers, according to our own gaffer! A wet and windy day, with an astroturf pitch that is embarrassing to have in our countries top tier, we had to battle to secure the win and we secured it with a solitary goal to nil. The key to our great run has been that “nil” I mentioned, yet another clean sheet, and our goalkeeper and the players responsible for nullifying the opposition threats did their job very well again.

Our attack had a bit of a tougher time of it, but a change in dynamic helped to control the game more. We always have different dynamics that take place over a season. At the moment it consists of our further back players looking far more impressive overall than our forwards. But again, there is a key word, this time being “looking”. A lot more goes on that maybe does not get noticed. And until such time as the results change, you cannot say that what is taking place is not working.

Here is how you rated our players from the win in East Ayrshire.

When Kilmarnock won their free kick in the last 10 minutes of the game, it was time to hide behind the couch and just pray to whatever higher power you choose to follow. Far too often it would be a late equaliser that would be our undoing and we would be bemoaning our lack of cutting edge. But there was Allan McGregor to make that crucial save to keep yet another clean sheet. It’s one moment, along with plenty of other controlled moments in the match, but it’s what he is so good at, always ready to be called into action whenever he is needed.

The goalkeeper waited for the referee’s whistle. He stared into the eyes of his opponent, trying to look for any clues as to where he was going to place his spot kick. The problem, of course, is that the man he was up against was James Tavernier, and he may as well have sat in the empty stand behind him because Tavernier is not missing penalties right now. The keeper went the right way and everything, but nope, ‘Captain Fantastic’ is just too good from the spot.

We cannot ask for much more from the consistency that Goldson has been putting in this season. He is, for so many, the player of the season so far, and it is understandable as to why people would nominate him for that accolade. Assuredness at the back, against a number of different styles of attacker, he is never phased by this. A brilliant defensive shift once again.

Obviously overshadowed by his counterpart, and possibly struggled with his footing on the surface at first, but I felt he grew into the game as it went on and by the end of the match he was certainly able to hold his head high, as he usually does when defending.

Borna has played half the number of matches he played for us last season. In that season he scored twice and provided 7 assists over his 22 games. From the 11 he has played so far he has one goal but only two assists so far. It does feel like he has dipped from last season so far, and still hasn’t found that excellent form that he showed earlier in the campaign. This was another average performance, although he did a solid job defensively. But we look for him to provide in attack as well.

Worked hard, as he always will do, but in terms of physical output there was less joy for him. This will be a them with many of the attacking players though, who were up against an organised outfit.

A lot of work in covering the area between the defence and the midfield and Jack does a really good job in this respect. When he does well in this role he offers the same coverage of Davis with more of a physical edge, ideal for a game like this, which shows the benefit of squad depth. Good management in choosing him over Davis, who will likely be much more useful in Portugal than Jack in the same role.

One or two decisions not quite coming off for, and he was unlucky as there were a couple of occasions where he did the hard part really well but could not execute what was the easier option on the face of it. For example, he wins the ball off their defensive mid and drives forward with players either side to feed for an easy chance at goal. The pass should have been played a lot sooner and the other side from where he chose. Small things like that would have turned his match from an adequate to a solid game.

Each of our four strikers has their own special skillset. Morelos is influencing the play. Roofe is athleticism (as well as shooting from hunners of miles). Defoe is in the box. For Itten, it could well be hold up play. This made a big difference for us, particularly toward the end of the match, and he is certainly better at this than the other front line options. The “wide 9” is an ingenious tactic and one that we can certainly use more often when suitable. He just needs to offer a goal threat on top of it and he could really be onto something.

Made total sense to bring Alfie back in after his midweek goal. What I was saying earlier about how he influences the game by coming deep, that was not as effective. There was also a lack of finishing, just unfortunate he cannot take advantage of getting back into the side.

We are maybe at the point where Kent needs benched. He has had a lot of games without impact now. We have every right to want more attacking bang for our buck. Talking specifically about goals and assists. But he can still dribble better than any other player that can play in that area, so it is a tricky one nevertheless. And, the one player likely to be able to come into that role seems to have once again ruined his chances at the club.

Gave away the foul that led to the dangerous free kick which was unnecessary. His inclusion, like the other substitution made, shows the pattern of the game in the second half and how we needed extra security to get the points.

A back three! Let’s not assume this is the way forward, it was a way of shoring up the match in the dying minutes. Had an equaliser gone in, I wonder if he would have pushed up to be a target man striker, he seems athletic enough. Thankfully we didn’t need to think about that, and hopefully we never will!

November 12, 2019
question_answer0
It was a different kind of viewing for me as for the first time I went to an away game… 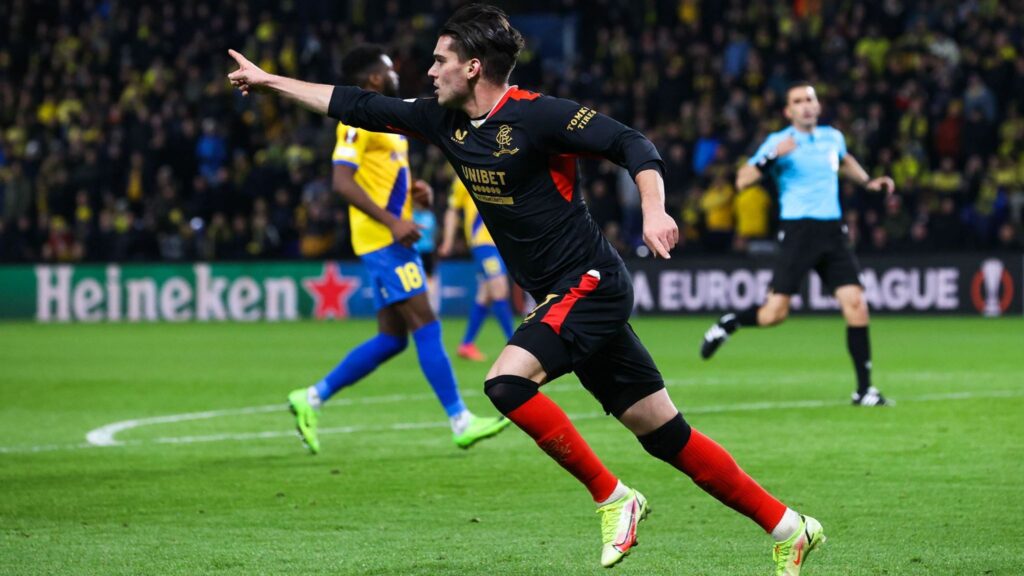 Player ratings from our draw away at Brondby.