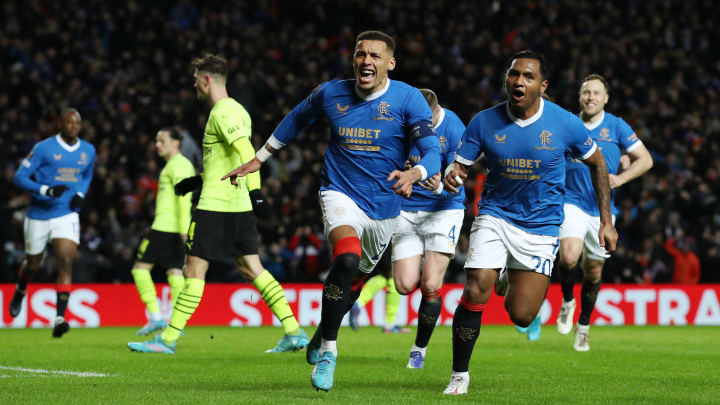 Austin Benson rates our players as we advanced to the next round of this seasons Europa League, knocking out Borussia Dortmund in the process.

Allan McGregor – 6.9 (7)
Despite conceding two goals, McGregor would more than make for that by performing crucial saves to
deny the likes of Malen and Meunier.

James Tavernier – 9.0 (9)
James Tavernier would score both goals on the night in one of his finest displays in a Rangers jersey. He
would dispatch a penalty in the 22 nd minute to see Rangers go 1-0 up, with his composed style of
leadership being on show throughout the match. Once again proving that pressure is not a word in
Tavernier’s vocabulary, he would fire in a half-volley past Kobel to equalise and send Ibrox into absolute
limbs. Displays like this should solidify his status as a Rangers legend.

Connor Goldson – 6.5 (6)
Made a mistake which led to Jude Bellingham equalising, however he would regain his defensive
prowess to see the match and Dortmund’s attackers out confidently.

Calvin Bassey – 7.2 (7)
Looked out of his element as a centre-half to begin with and lacked awareness to prevent Donyell
Malen’s tap-in to put Dortmund ahead. However, when Bassey reverted to a left-back, his pace and
ability to cut a ball across the box would prove fruitful, assisting James Tavernier for Rangers’ equaliser.

Borna Barisic – 6.0 (6)
Having misplaced multiple passes in the first half, and then pulling up with an injury following a knee
collision, it was not a positive display for the left-back. Hopefully, his injury is not serious, and we can
nurture Borna back to confidence.

Ryan Jack – 7.5 (7)
Ryan Jack has yet to put a foot wrong since his return to the first-team fold, and yesterday was no
different. His composure in the midfield has bred a new life into Gio’s side, and his partnership with
John Lundstram is proving to be formidable.

John Lundstram – 7.6 (8)
Despite picking up a booking, the rest of John Lundstram’s night was flawless. He would perform
expertly ahead of a back three after Borna’s injury, with him being a fourth defender in effect.

Scott Arfield – 6.5 (6)
Despite opting to go for glory in front of goal when Ryan Kent was waiting to tap-in, his effort
throughout proceedings could not be faulted.

Joe Aribo – 8.0 (8)
Joe Aribo’s hold-up play would once again bring calm to Rangers’ possession, and he would play a part in
earning his side a penalty.

Ryan Kent would prove untouchable on the ball once again, earning Rangers’ penalty in the 22 nd minute
after drawing a foul from Julian Brandt in Dortmund’s box.

Alfredo Morelos – 8.5 (8)
Alfredo Morelos’ hold-up play was pivotal to Rangers’ attack, and while he would not score, he was
crucial to everything going forward.

Leon Balogun – 6.2 (6)
Would be brought on for Barisic early into the second half, and would pull off a vital challenge on Brandt
to make up for what was almost a blunder against Marco Reus.

Glen Kamara – 6.4 (6)
Glen Kamara was brought on for Scott Arfield as Gio looked to add further solidity in Rangers’ midfield
to seal the draw. 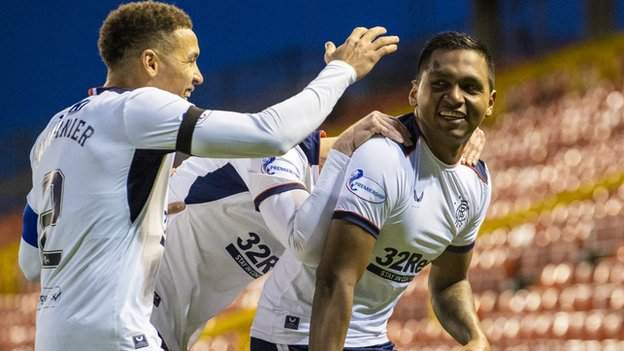 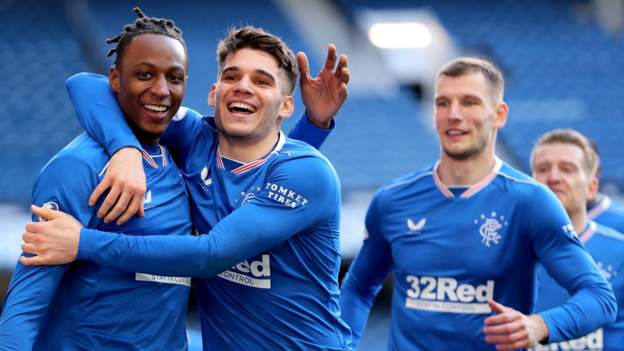 Player ratings from our big win at home against Dundee United.

12 Nov 2019
question_answer0
We are back with our first competitive game of the season, hooray! With that, we return with our look at…
Menu
This website uses cookies to improve your experience. If you continue to use this site, you agree with it.
Ok