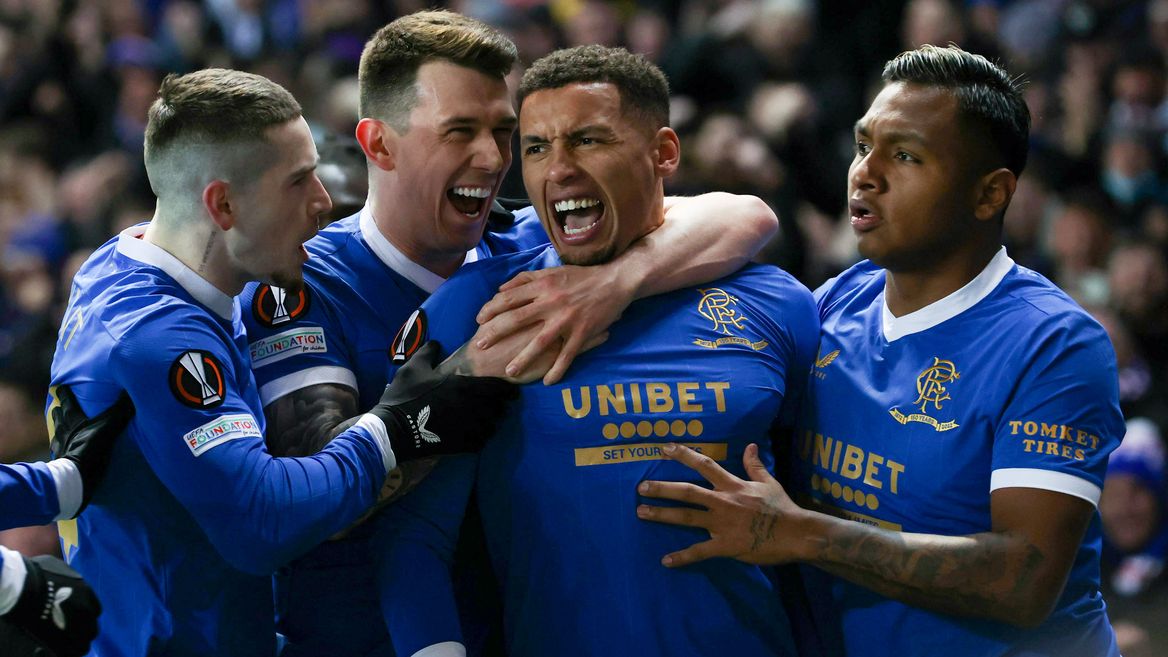 Allan McGregor – 8.5 (8)
Allan McGregor’s performance against Crvena Zvezda certainly went a long way in restoring supporters’
confidence in him as Rangers’ no.1, with him producing multiple acrobatic saves to keep his third clean
sheet in a row. McGregor stepped up when his side needed him most, diving expertly to save Aleksandar
Katai’s penalty, and effectively silencing his doubters. He may be 40, but Allan McGregor has still got it.

James Tavernier – 8.9 (9)
James Tavernier’s crossing looked improved compared to previous games, with an accuracy rate of 50%.
However, Tavernier’s penalty taking credentials were what saw Giovanni Van Bronckhorst’s side take
the lead, with him smashing it past a sideswept Milan Borjan into the top right corner. James Tavernier’s
goal contributions would not end with a penalty either, as it was his expert delivery from a corner to
reach Leon Balogun, who would send a bullet header into Crvena Zvezda’s net to seal Rangers’ 3-0
victory.

Connor Goldson – 7.3 (7)
Connor Goldson’s aerial supremacy over Crvena Zvezda’s attack proved crucial, as he won 100% of his
duels in the air. Goldson’s passing looked improved too, with a 64% long ball accuracy rate, as he was
able to find our wingers in opportunistic positions to move forward and attack.

Leon Balogun – 8.0 (8)
Leon Balogun’s passing throughout the match was subpar, managing only a 48% accuracy rate.
However, Balogun’s defensive performance was solid, complimenting Goldson’s aerial prowess well with
his 75% ground duel win rate. Leon Balogun also grabbed what proved to be Rangers’ winner in the 51 st
minute, as he leapt above three Crvena Zvezda defenders to head home past Milan Borjan, seeing
Rangers’ lead stretch to three.

Calvin Bassey – 7.5 (7)
Calvin Bassey’s electric pace and creative chemistry with Ryan Kent helped Rangers to earn a penalty, as
it was Bassey who played Kent through to run at Crvena Zvezda’s defenders and draw a foul. While
Bassey’s attacking prowess was prevalent throughout, his 83% ground duel rate brought much needed
solidity to the left defensive flank. Giovanni Van Bronckhorst’s confidence in Calvin Bassey is apparent,
leaving Borna Barisic in an awkward position.

John Lundstram – 7.4 (7)
John Lundstram’s passing has been very impressive since his return to starting consistently in Giovanni
Van Bronkhorst’s side, and tonight was no different. Lundstram’s 96% passing accuracy rate helped to
ensure Rangers weren’t wasteful in possession, and his wide range meant that he was able to pass from
box to box with ease.

Ryan Jack – 7.5 (7)
Ryan Jack’s composure on the ball was a sight to behold, having not been dispossessed all night. His
seven recoveries allowed Jack to recycle the ball back forward, and start our attacks. Ryan Jack did

Joe Aribo – 8.1 (8)
Joe Aribo’s creativity was rather subdued against Crvena Zvezda, however, he was tireless. Aribo won 10
duels, which allowed Rangers to maintain momentum and push on to find more goals.

Glen Kamara – 6.8 (7)
Glen Kamara started the game between Joe Aribo and Ryan Kent in the midfield three behind Alfredo
Morelos. While Kamara’s attacking credentials have been on show in recent weeks, he wasn’t as
effective in attack as Giovanni Van Bronckhorst would have hoped.

Ryan Kent – 7.7 (8)
Ryan Kent’s ability to cut inside his opponents’ box and dribble into tight spaces is what would earn
Rangers’ a penalty within 10 minutes, after he was tripped by the Crvena Zvezda defender. Kent’s pace
was relentless throughout, and his passing interchanges with Calvin Bassey saw opportunistic positions
to cross open up for either of them to deliver into the box.

Alfredo Morelos – 8.5 (8)
Alfredo Morelos scored his fifth Europa League goal of the 2021/22 campaign when he hit a half-volley
to send Ibrox into pandemonium only four minutes after Giovanni Van Bronckhorst’s side had went 1-0
up. With the score line standing at 2-0 after 15 minutes, it would’ve been understandable if Morelos
started playing more withdrawn, however he remained a force to be reckoned with. Morelos’ 100% shot
accuracy showed promising signs for upcoming games, as his ability as a clinical finisher has come under
question before.

James Sands – 6.5 (6)
Brought on for Ryan Jack with 15 minutes to go, this tactical switch from Van Bronckhorst was made
likely to save Ryan Jack from earning a second booking, and a suspension ahead of the second leg away
in Belgrade.

Fashion Sakala – 5.9 (6)
Fashion Sakala arrived on the pitch for Joe Aribo, as Giovanni Van Bronckhorst looked for extra energy
towards the end of the first leg. Sakala had one shot on the edge of the box in added time, however it
was saved.

12 Nov 2019
question_answer0
The league is back! And our first contest on route to 55 this season was at the now horribly familiar… 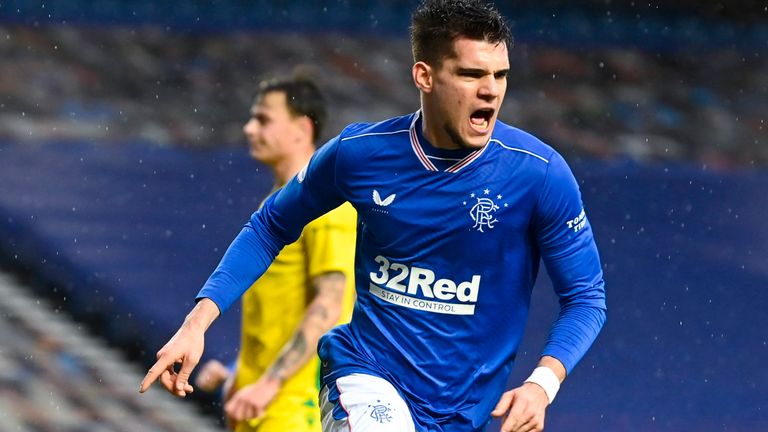 Player ratings from our important win against Hibs.

Player ratings from our Scottish Cup exit to Hearts at Tynecastle.