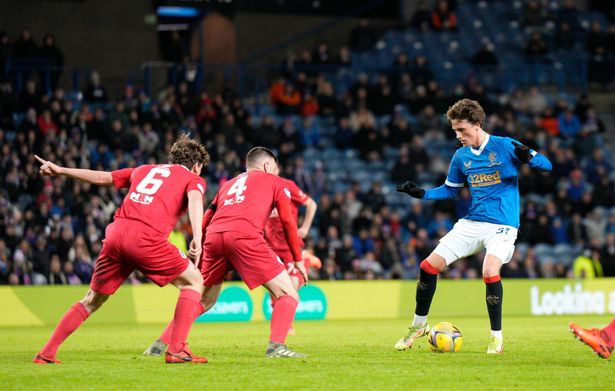 Our Scottish Cup campaign began at Ibrox as Rangers took on League 2 side Stirling Albion on Friday evening, as Giovanni van Bronckhorst looks to right the wrongs of our record in this competition over the last decade. A healthy crowd was in attendance, including a good number of fans from Stirling who wanted to make the most of their Scottish Cup experience, with Rangers fielding a very different and unique side, but one with more than enough quality to make you believe that there would be no issue with us progressing to the next round. The support in attendance were expecting a better performance as well after the display up at Aberdeen during the week, and given some of the names that were put on from the start, it was an opportunity for some fringe players to either show they are worth more of a look in, or show other clubs what they can offer should they look to leave before the end of the January transfer window, all whilst taking into context the level of opposition we were playing against. The game started as you would expect it to in terms of ball possession. We held the ball for the majority of the time, but our chance creation was still not quite where we would want it to be. Our attacking midfielders were making poor choices at times, and the team looked like it was adapting to the new shape we had set up for the game. An early injury to one of our players meant we were forced into brining on a youngster for his first team debut, having impressed for the B team during the season. This was the turning point of the game, as we attacked the game with more directness from that point, and it was the young debutant who found the net to open the scoring with a cool finish from a move he created. We doubled our lead courtesy of the penalty spot, before being awarded another penalty soon after, but second time around the Stirling keeper guessed right to parry the shot away.

2-0 up going into the second half, with there being very little worry about in terms of our progress into the last 16, we would grab two more goals courtesy of our returning striker and our forward looking to prove his worth in a crucial run of games. The third goal was down to determination in the penalty area, not giving up and being patient to find the right moment to shoot low past the keeper. The fourth, courtesy of a great through ball, resulted in finally sealing a goal that had been attempted on a number of occasions through the match, that cutting in from the left onto the right foot. This happened all whilst our defence were seldom forced to do anything of note, with only one save from our keeper required that caused a moment of worry from our point of view. We also got another home debut for another of our youth products, a successful night for our academy all in, as well as our club who now face Annan Athletic in the 5th Round of the Scottish Cup.

Here is how you rated our players from our cup win over Stirling Albion.

As you would hope and expect his involvement is very little in this game. I would have personally preferred Robbie McCrorie to have been given another start, especially as McLaughlin has had his fair share of games. But Jon did his job and made a good save from a shot in the latter part of the second half.

It’s really interesting to analyse Tav in this game because he plays a slightly different role here. The tactic definitely was to switch from a back four to a back three when attacking, with the captain pushing up into the midfield. What was interesting with that as well was that he didn’t do what you would normally expect from a right back, rather going to the right wing, he comes into the central midfield area. I can see the sense in it, he has so many qualities that make him a good central midfielder. In terms of his contribution, he scores from the spot but whether he should be taking the second penalty is a fair debate. This was perhaps an example of why it might be best to change a taker when awarded a second penalty, especially in such quick succession.

It was good to see Balogun back playing and we are slowly but surely getting back more of our central defensive options. Normally on the left side of a central defensive partnership, he was this time on the right, mainly so as he could perform the right centre back role in a back three. His athleticism works to his advantage for that kind of role, so it is an interesting one going forward whether we use this tactic again. If so, he would be very important for it to work.

Playing the role of central centre back when attacking, it seems to suit him quite well, although there was never a huge amount of pressure put on him in this game with a lack of much attacking. There was the occasional long pass attempt, but overall a simple enough night for him, as off field discussions of contract situations continue.

It may seem harsh to be more critical of him in this game, but in fairness he did not look as convincing, nor has he ever when playing for us. You would imagine that Calvin Bassey would be just the player to play this role, but it was right to give him a rest. All the same, I think playing young King from the start would have served us better long term, as I just don’t see a future for Simpson in this team. He didn’t do anything particularly wrong, and got forward a couple of times surprisingly, but he just wont do it for me and the vast majority of fans.

What was good about having Lundstram be the deeper midfielder is his willingness to shoot from distance, something that you might as well have in a game like this. In comparison to Kamara, his striking of the ball is better, even though his mobility is not as good as Glen’s. Like a number of players who played here, his future with us will be one to keep a close eye on over the next week. Nothing is certain in that respect.

His first appearance of the season. It’s not that he has been injured, it’s just that he cannot make enough of an impression to get into the side. We are at the point now with Barker where you almost surprise yourself by realising he is still at the club, and although he didn’t do anything terrible in the game here, he really offered so little that you just wonder how on earth we got to this point that he is still at the club. It would in no way surprise me if this was the only time we saw him this season, whether he stayed at the club or moved on before the 31st.

It’s strange. He provided two assists for the four goals we scored tonight, and yet I was still very annoyed with him in the main. Some of the decisions he made in terms of his passing, or shooting from about a mile out and it sailing horribly wide, or just a lack of work rate, this did not look like a guy who was desperate to show he should be playing week in week out. Yet, he plays the pass for the opener, and his assist for the fourth is excellent, so the talent is clearly there. You wonder if it is down to attitude. He may well need to be our attacking midfielder in the next couple of games, let’s hope he steps up to the challenge if so.

Lasted only 15 minutes before having to go off with an injury which as yet we are unaware of how long it could keep him out for. Given the fact he walked off, you would hope it would not be for too long.

So many times he tried to use his pace, cut inside and shoot at goal, and eventually it paid off. We could have used his threat more often I feel but the ball through from Bacuna to play in Sakala allowed Fashion to take his time, curl the shot passed the goalkeeper and finish off the scoring. There is no doubt that he will do well playing in that position thanks to his speed. If the right move is played for him to take advantage of, you have confidence that he will produce the goods.

I have confidence in his ability to find the net when he is in the box with time to take a shot, whether it be with foot or head. His goal is very well worked from him, taking a few touches in the area to find space, and knowing that he can direct the ball in when the right opportunity arose. It was a good poachers finish, and it means we have that natural finisher type player to call upon when needed.

What a fantastic night for the young man. He was given the chance to make an impression and he sure did make one. He is the mastermind behind the first goal, bringing the ball forward, playing the one two with Bacuna, all whilst getting himself into the right place, before playing a composed finish into the bottom corner. A super moment from a guy who has shown plenty of promise with the B team. He also showed in this game a tenacity which is important for our players to have in the majority of our games. He wasn’t afraid to put in a challenge, and he relished the entire experience. I doubt it will be the last time we see him in the first team, his future is a bright one.

Another graduate of the academy, although we have seen him feature before, King playing in the right of the back three made a lot of sense for the type of defender that he is, and I could easily see him play that role again for sure. His physique for his age is something that gives him an advantage in his age group, meaning he has no issue against senior players. Clearly the coaching staff like what they see in him, as do the fans.

It is really positive to have him back fit again, as well as being available for all of our upcoming matches. He is a forward that provides a lot more qualities than what Itten does, but it can take him time to get up to speed and get into top form. That’s what we need him to get to over the next couple of games. 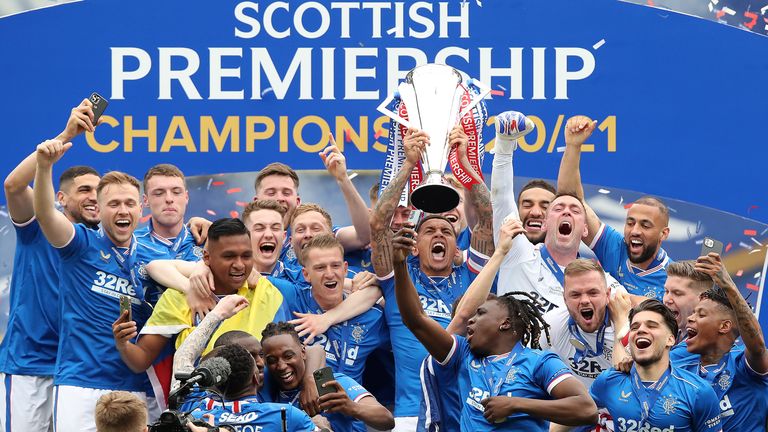 With the season over, we look at the overall numbers that you have given our players throughout the season to determine which player has made the biggest impact for you.

Player ratings from our first home game of the 20/21 season.

25 Feb 2020
question_answer0
By Jamie Currie Rangers contrived to drop more points in the title race, this time at McDiarmid Park, as they…
Menu
This website uses cookies to improve your experience. If you continue to use this site, you agree with it.
Ok