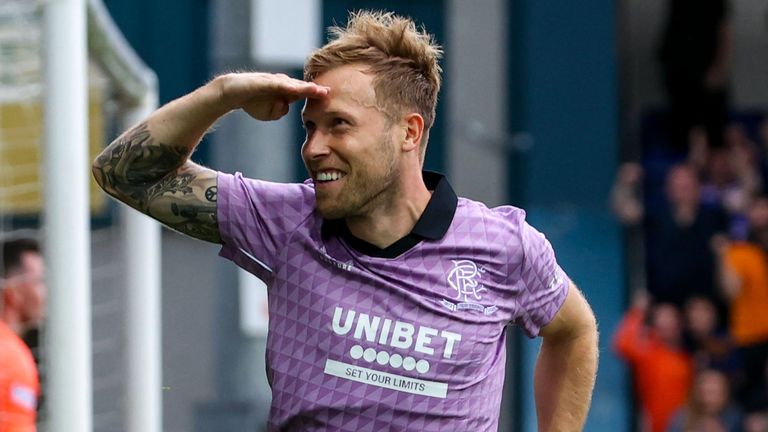 Sunday football is something we will see a lot of again this season with Thursday evenings set to be filled with a lot of European football. Our first Sunday game of this season came in the Highlands as Rangers made the long journey north to face Ross County. The supporters, whether travelling to the game or watching at home, were hoping to see a better performance from a number of first team players, this having been found lacking in a number of games in the early part of the season. At venues such as Ross County, the game is never going to be played exactly the way you want it with the more narrow field. But the match turned out to provide a number of really good attacking phases from the side, and despite some defensive lapses still popping up, it was a decent win for the team. The scoring started with an excellent move from our attacking midfielder in which he curled the ball in, with our second coming only minutes later courtesy of a corner. We continued to look good in attack for the rest of the half, but at the back we allowed County to half the deficit after not dealing with an initial effort in the box, meaning it was not quite as comfortable a scoreline as our attacking play deserved.

We started the second half well and regained our two goal advantage 10 minutes in with what looked like a mishit effort which managed to scramble its way past the Ross County goalkeeper. A long spell of maintaining that two goal advantage ended, following a few good opportunities for Malky MacKay’s side, when the referee awarded a penalty for handball, and the County forward converted to set up a potentially nervy finish to the game. That worry would not last, thankfully, as we would again convert to secure the 3 points courtesy of an attack from a number of players that ended with our substitute finishing things off. We can take some real positives away from this, especially in an attacking sense. Players showing a bit more of what we would expect, the attitude of our team is looking more like the thing, but there are still defensive questions that need to be answered.

Here is how you rated our players from our victory in Dingwall.

Two goals conceded, having come up against 5 shots on target, so it’s worth analysing these events when asking the question about his day. He does well with the initial shot from the Ross County player that then leads to the chance for Harry Clarke to convert. I would be wanting my defence to do a lot better in that situation. The penalty, it’s hard to ask too much of a goalkeeper in these scenarios, but I think he will feel he could have done better in trying to stop it. Some have even suggested a slightly younger McGregor would have saved it. Early days this season but we have yet to see an outstanding display from him yet.

If we are going to score as many as four goals in a game, the chances are Tavernier will have an involvement in at least one of them. He gets an assist for the second goal, a lovely corner which is headed home by his ever present defensive colleague. It was a great ball in and certainly the highlight of his game. This, despite having created the most chances in the game (7) as well as being unfortunate not score a chance of his own. It was certainly a better game for him than in recent matches, we can only hope it is the beginning of a run of form for him now.

A player who has been, for many, the symbol of things not quite starting the way we would expect. He has yet to show a level of assuredness at the back, and you often see him having a good chance from a corner which he heads wide. He converted this time. The corner was great, the connection perfect, you wouldn’t expect any keeper to do any better with it. Despite that, there will still be those that will be disappointed in him for the first goal that Ross County score, but all the same that felt like a moment for him to cling to going forward.

Balogun will suffer in a lot of people’s eyes for not being Filip Helander, but if the Swede is not able to play a vast amount of consecutive games, then we need to have Leon ready to play and help out the defence. Ross County seemed to target our left hand side during that spell in the second half when the score was 3-1, and they seemed to feel that they could get some joy up against Balogun. That is something we need to keep an eye on, if Helander is missing due to injury, we need Balogun to look more assured at the back than what he has done the last two games.

The fans cannot deny that Bassey is getting his opportunity in the team. Another start, the third consecutive game for him, and although he did a fine job at left back, this was less outstanding than previous matches. That sounds harsh on him, but it would be hard to replicate that very high performance level once again. Of course, part of the problem for him was his handball that led to the penalty for Ross County. We cannot be too critical but I’ve heard some say that a player should not turn their back on a shot in that situation which is a very fair point I think. A bit of learning for him to take away.

No more suspensions for Kamara to serve. He is free to play in every game and as a team we will feel the benefit of that massively. He so often does the right thing, the smart thing, in terms of keeping the ball and moving it on. He makes a huge difference to the midfield, his presence makes you feel that any midfield battle can be won, with him being an important part of that. And to make things even better, he gets an assist, albeit a fortunate one given the shot that proceeded his pass. As often as he can, he needs to be in the team.

He is another player who we want in the side as often as possible, and some would say that our reliance on him is concerning given his age, but games like this are easy enough for him to make his way through without tiring too much. He made 92 passes which was the most from any player in the game, and those stats are going to be often repeated due to the role he plays.

We set ourselves on our way to a good win with an absolutely super goal from Joe Aribo. Having received the ball just outside the box, he makes space for himself before curling in a fantastic shot passed the keeper. The bend on the ball is amazing when you see just how much the direction of the ball changes, and this is precisely where you want Aribo to be on the field. He is getting a run of games now and is proving an important part of how we transition from middle to front. It was a good display here for sure.

Actual output was not as high as you would normally get, some may even suggest this is a generous rating he has received from all of us, but I think we like to judge him on not only his stats, but also on the absolute talent he is. Things he does on the ball, his hold up play, the threat he poses, there are so many things that make his inclusion in the team a vital at the moment. And, of course, the potential for him to do something brilliant out of nowhere is always worth keeping an eye on.

He has, and will, score better goals than the one he got here, but if you don’t buy a ticket you won’t win the raffle. Having received the ball from Kamara, he hits a shot, or rather skelfs a shot, which evades the goalie and finds its way into the net. This, despite having a few opportunities beforehand that were much better efforts. It was certainly a deserved goal for him, having assisted with the opener as well. We don’t have anyone who plays that role quite as well as he does, so he is another whose inclusion in the team on a constant basis is very important.

Better. Not a huge amount better, but you could see the thought process more clearly and you could sympathise with things not quite coming off for him because the intent was far more visible. He was playing like someone who was very much encouraged to improve on his recent poor spell, and if this is a sign of him getting into the right shape for this coming Sunday, then that can only be a good thing.

He has rightly received a lot of criticism but I think it is important to give him credit for the goal that ultimately decides the game. He wins the ball in the midfield before moving it into the attack, which leads to the goal. That’s the sort of thing we want to see from him. He will understand his lack of inclusion from the start, hopefully this is a sign of him realising he has to work hard at regaining that place.

I’ve often asked what the role is going to be for Arfield and whether the attacking midfield option is beginning to seem less likely. Well, Arfield answered those questions rather wonderfully here. Getting into the box from the counter attack, being in the right place to finish (not an easy finish with the amount of players back) and securing the game for us. Brilliant stuff from him coming off the bench, an important moment for him moving forward.

Not a huge amount of time for him to make an impression but given he is not available this Thursday it was a surprise to see him only on the bench. You would expect him to start in our next league game. It would be harsh not to, although there are far worse bench options.

3 Dec 2019
question_answer0
Before we talk about the game and how the players ranked, my god it was cold on Sunday wasn’t it!?… 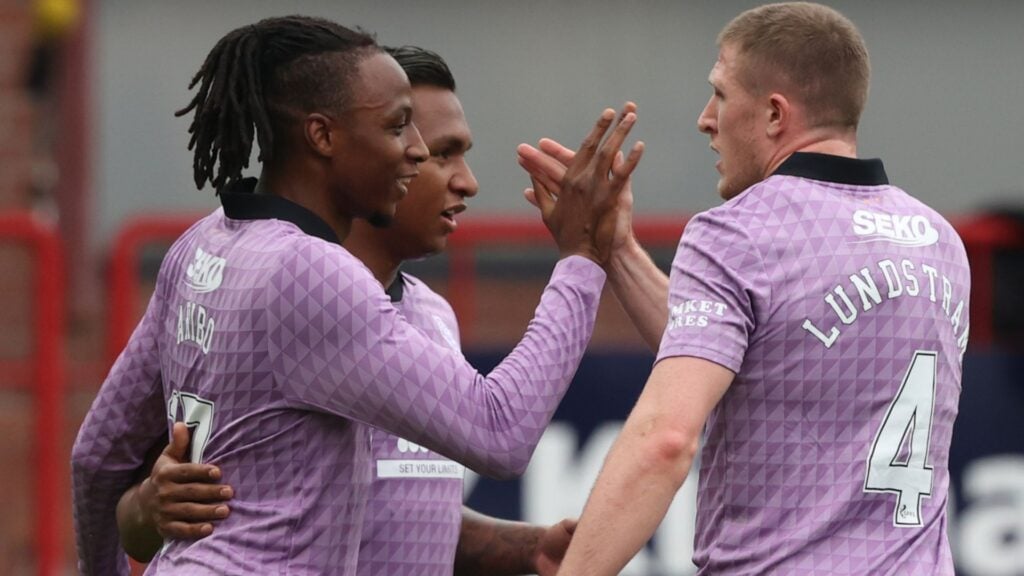 Player ratings from our league win away at Dens Park.