Football. It’s a funny old game. That is one of the most commonly used phrases used for the sport that we love. Another one is “a game of two halves”, and both of these descriptions seem applicable for our journey to Perth to take on St Johnstone. The first half saw us threaten in a very tame manner, shots were never really threatening Zander Clark in the home net, but the second half saw us start quickly, effectively, and we were ruthless in our pursuit of scoring more goals where possible, which was incredibly pleasing to see.


Allan McGregor – 7
His save against Michael O’Halloran in the first half was the only real notable thing he did in this game, but at the time that happened with the game at 0-0 and our performance up to then being pretty poor, it was a crucial intervention.

James Tavernier – 7
Again, he continues to struggle defensively, the afore mentioned opportunity for St Johnstone was an example of this as he looked stranded. Second half he upped his efforts in an attacking sense, like the rest of the side, and his cross for the second goal was very well delivered. He can still do more though.

Connor Goldson – 7
I’ve found the criticism of Goldson lately quite surprising. Opinions like “he’s no better than Russell Martin” can genuinely get in the bin. His passing quality has reduced lately, and he has had the occasional error in him, but he does a lot more defensive work than I think he gets credit for. On top of this, he is a good outlet for an attacking set piece, and he certainly deserved his goal, a matter of “three times the charm.”

Filip Helander – 7
This maybe wasn’t the same dominant levels as Thursday, but Helander did plenty right here as well and again offers a sense of calm at the back. He did make a mistake by giving the ball away in an aerial challenge with Stevie May, but really that was the only mark down on his day.

Borna Barisic – 7
A fear amongst many Rangers fans, off the back of his great night against Feyenoord, was that he was not going to be able to repeat that performance level on a rainy midday in Perthshire. In fact, he was grand. His corners were good, he offered himself as an outlet for attacks down the left, but the big thing for me was the lack of joy their right winger had against him. A sound defensive performance, and he continues to take advantage of his expected lengthy run in the side.

Ryan Jack – 9 – Man of the Match
A theme amongst a majority of the attacking players for us was “their second half was better than their first”. The one player who we can say was consistently good throughout the game was Ryan Jack. Except, he was better than good, he was excellent. His forward passes had a purpose. He demanded the ball from the opposition. He supported the likes of Tavernier and Davis when he needed to. It was, again, the kind of display Rangers fans expect from a central midfielder. Oh, and his pass for the opener was sublime!

Steven Davis – 8
There were a few occasions were he was the deepest outfield player for us. He wanted to collect the ball on our box and drive on and create things. This didn’t work so well in the first half, but he really helped our cause in the second half by continuing to give us this option. He also put in a really good shift defensively, including a remarkable goal line clearance (which of course would have completely changed the flow of the game, St Johnstone could have won, VAR needed, blah blah blah).

Joe Aribo – 8
I think we need to see Angry Aribo more often. There was a point in this game where he clearly had enough of the attention that Murray Davidson was giving him and this seemed to spur him on and he actually took the game on from here. There was the same languid style that we have seen from him in recent games in the first half, but for the last half hour we got the early Aribo who we very quickly saw as being an excellent talent for us. He plays a very important role in our second goal as well, faking the cross then playing back to an open Tavernier for a better ball.

Sheyi Ojo – 6
Considering we know how hard he can hit a ball now, I was disappointed in his lack of clinical finishing here. He seemed more inclined to place the ball, but his shots were not great. And, again, there really wasn’t a whole lot of anything else about his game here.

Alfredo Morelos – 8
His chance in the first half was probably the best part of that 45 minutes for us, he just was unlucky not to be able to get on the end of it. But the start to the second half was excellent, runs onto the ball from Jack, uses his strength and speed to get past his man and has the simple task of smashing the ball into the net. To be fair, that job is never simple, he just makes it look easy. And you often hear people say “he did the hard bit but couldn’t do the easy bit”, that’s not him. He is clinical. And his work rate for the rest of this game was excellent, St Johnstone really struggled to handle him.

Brandon Barker – 6
This was the ideal game for Barker to show that he should be playing in these kind of games. Sadly, he simply did not do enough here. Now it could be argued that it simply wasn’t the kind of game for wide midfielders, see Ojo, but still, it feels like a wasted opportunity. He is undoubtedly quick, but pace counts for nothing without either a good cross or decent shot to marry it.

Scott Arfield – 7
When Arfield entered the game, with the side already two up, he really changed the way we attacked for the better. Unlike Barker, Scott is happy to attack in tight spaces, and is more clever and precise with his runs, and this made the Saints defence that bit more taxing.

Jermain Defoe – 8
Coming off the bench to score a goal is fairly typical for a striker like Defoe. Scoring twice? Even more impressive but just as expected. Because Morelos was sitting deeper in the second half, the two centre backs had not dealt with an in the box striker for a good part of the game, so for Defoe to race through and smash in his third, it would have come as quite the shock to their systems. And the fourth goal was just pure clinical striking from an experienced, calm and quality forward.

Greg Stewart – 6
Little to do in this tie, a game that would have been touted as one he could well have started, particularly off the back of a big European night. Does the fact that Gerrard felt the need to still start with Ojo rather than put Stewart in suggest that he has not done enough so far to merit a place, even in these kind of games? If so, he needs to get the finger out, this should have been a chance for him to prove his worth.

13 Sep at 17:54
The dreaded International Break (as many a Rangers fan would call it) is over for now and our team was… 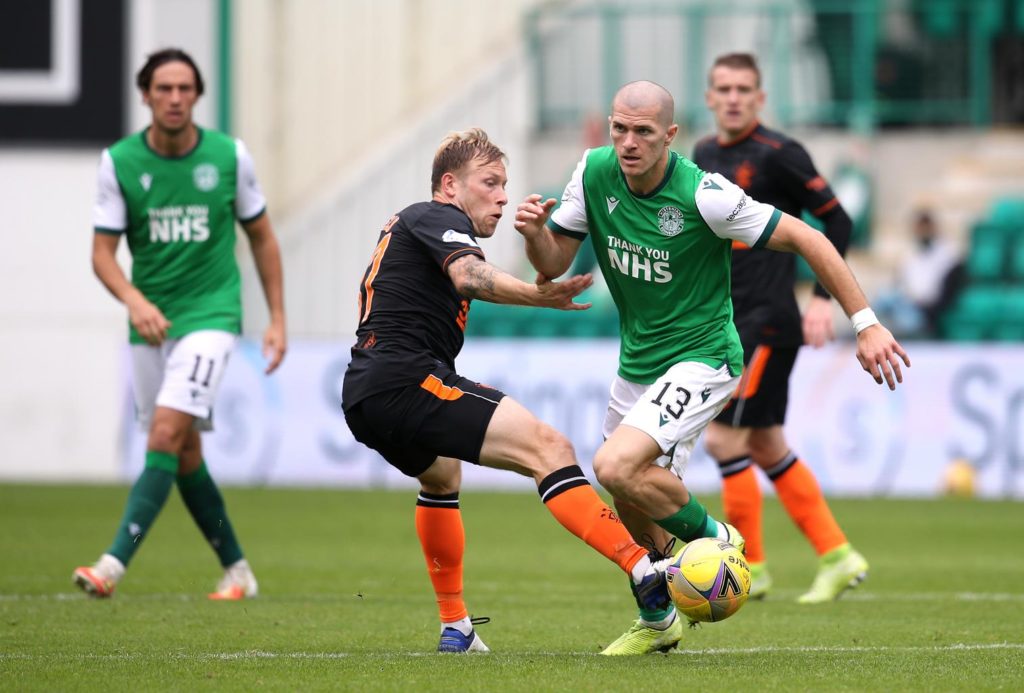 23 Sep at 10:41
A much tougher challenge was ahead of Rangers than what we have faced so far this season as we travelled…
Menu
This website uses cookies to improve your experience. If you continue to use this site, you agree with it.
Ok