“The players have found their mojo again!” “Nights like that can kickstart your season!” “TURNING POINT!!” These were some of the phrases that were kicking around following the win at Ibrox on Thursday against Braga. Seems like a long time ago doesn’t it? That may be because of the crash back to earth we suffered on Sunday with yet another game away from home to a team in the bottom six where we would be ahead and end up dropping points. A pattern that has become frustratingly consistent in 2020, but let’s look at the positives…at least we didn’t lose…I know, I hate myself too. The annoyance is enhanced following the way that we know we can play, especially on the big occasions, yet for some reason our players cannot seem to lift themselves enough to play the kind of games like St Johnstone away. Or, to be more accurate, they almost seem like they cannot be bothered. That is unforgivable from a Rangers point of view. And whether you believe it to be an issue of formation, of management or just simply bad luck, it is very clear from the ratings given by the Heart and Hand universe that many players did not escape criticism. And rightly so.

It is never a good day for a goalkeeper when he concedes two goals, and it is always harder to rate a goalkeeper’s performance as so much of it is based on whether they kept a clean sheet or not. I don’t think he is to blame for either of the goals, he does as much as he can for the first and the second is just poorly defended all round. It may be that the reason behind this feeling of apathy toward his game in terms of the rating is down to him not coming for crosses, as I’m struggling to think of any other reason. No wonder saves, two goals lost, he has had better days for sure

The fact he has an assist to his name, although so much of that goal is down to the man who finished it, and yet he doesn’t break the 5 barrier gives you an idea of how angry the support is at the defence overall. It’s like a virus. The source of the anger is from the centre yet those who are close to it still gain an infection of some sort. Was he great? Not at all, and he helped us with our comeback, but I think a more improved defensive display from him, which we all know he is capable of, would have helped a great deal.

What is Goldson’s role as a defender? For me I fully believe he is the kind to sweep up rather than attack a ball. We have seen games where he takes on the attacking role, but he never looks as happy with that responsibility. That’s fine, but you need to actually do the job that you want to do well in the first place, he did not do that here. He is nowhere to be seen for the first goal, he should at least be a hell of a lot closer to Hendry than he was when St Johnstone took the lead, and his “attempt” at dealing with the ball which ended up going out for the corner which led to the equaliser, was frankly laughable. Earlier in the season he was, in my opinion, unfairly criticised for not doing his job at the back. That criticism is back, but on this games evidence it is absolutely justified.

Where do you even start. This was, without a doubt, one of the worst performances from any Rangers player this season, and of late there have been a few stinkers. The reason why this tops the lot is how much it really cost us. Does he lose sight of the ball in the air because of the sun? Look, there is every chance that that is what happened, but still, COME ON! He has plenty opportunity to deal with the situation, he is surely stronger than the young St Johnstone forward, and yet he just doesn’t. What’s worse is after that he continued to cause error after error after error. By 20 minutes Rangers fans were texting each other saying “get him off” and this was the kind of display where he absolutely should have been subbed off there and then. He doesn’t go off though. He stays on, he plays the full 90, and he does not deal with the corner which in the end saw us drop 2 points. Katic still has a lot to learn, and I have found over time that the best way for him to do so is not through playing but through coaching, and in the interim period he needs taken out of the team. But we all know that he will not be dropped, mainly because the only suitable replacement for a game like Braga, Helander, is nowhere near ready to return yet. A sad state of affairs indeed.

Unremarkable. No moments that made you go “YAS ANDY!” like he as done in some of his best games this season. The kind of game where it was obvious how much we miss Borna when he is out. Like Tav, I think he suffers a bit from the “virus” of the centre backs, but also like Tav he could still have done a whole lot better. So not too shocking he gets hooked at half time.

Quite surprised by this to be honest. I thought in the first half Arfield was the only potent attacking threat we had. Was running into the right areas and continuing to play the attacking midfielder role quite well in my opinion. He took a knock that required treatment and I thought “aw naw that’s the last thing we need right now” and that is testament to the improvement from Arf lately. Maybe there is an expectation on him now to be the guy to dig us out right now. Or maybe, and I think this is the most likely scenario, the fans are all so annoyed at what happened that all the ratings have been lowered, fairly or unfairly.

He has looked very good as the sweeper midfielder at points this season, but he is one of a good few key players who have just lost their form altogether. I’m not sure we can use the excuse of “he is just back from injury” given he has returned from knocks before this season and was on it again immediately. This time, he has just lost that spark, and is suffering from 2020-itus.

As a midfielder he is not doing what many of us want him to do, what we believe he should be able to do very well, which is the playmaker. He is too slow, too languid, and not brave enough in the middle of the park battle. Yet, when he goes to left back, he suddenly looks far more settled and is able to provide magic moments, including another goal, which is a tidy finish on the angle. I wonder, and this has just come to me, if he feels less pressure when he is wide and is able to almost bypass the central fights? The best he has looked this season has either been right wing or left back. Should we just stick with him in that role for the time being and see what happens?

Stick Hagi on the right and this is what will happen, he will have no effect on the game whatsoever. And it is so frustrating to see that because he has obviously got the talent to provide so much when he has the freedom. And I don’t care what you say, the “number 10’s” do not have the freedom that the coaching staff would let you believe, certainly if you look at this game as an example. How many times did Hagi find himself in the CAM part of the field? Hardly ever. And you see the body language and see how annoyed it makes him, he knows it himself, he cannot influence the game. You are perfectly entitled to flip that argument and say “he should take the initiative” however.

Remember when Alfie scored goals in games like this and it turned things around for the better? In an orange kit. And he smiled…those were nice times they were. And even further away than the Braga game sadly. We can say with assurance that the off-field issues that have happened lately have absolutely affected his game, his attitude is all wrong and he is much quicker to dip his head and sulk than what he was in the first half of the season. Even so, there was nowt to feel happy about with his game, and he was subbed off after missing the last of his number of chances that he had in the area. The fact that he cannot be selected for Braga, and Gerrard will be forced to use a much more in form alternative, could well turn out to be a blessing.

He does not escape criticism again for today, yet I actually thought he looked a bit better here. I thought he was trying the right things more often this time, more sensible pieces of build up play, and even though they didn’t come off as much as he would want them to, it was still more to feel happy about, not delighted, but maybe a smirk at least. I just have that sneaky feeling that we are on the verge of Kent finding his rhythm again. Let’s just see if he can keep up that improvement on Wednesday.

Talk about impact substitute. Comes on at half time and not long after he connects with a cross from the right with a stupendous volley, and he absolutely announced himself as a Rangers player at that point, certainly on the park. He was having one of those purple patch games as well, great movement both on and off the ball, great link up play, assist included, and I found myself both delighted with the impact that he made but also hugely annoyed at the management for not playing him from the start and, very possibly, putting the game out of sight by the time he came on. I can see him doing very well in Portugal, although whether he can handle the lone striker role is a different question that will only be answered in Braga.

Such a shame for Davis to be thrown in at that point with the simple task of “see this game out with the crap defenders we have here today”. It’s not like a guy who has been out of sorts (2020-itus) is going to enter the fray here and all of a sudden we are a footballing machine. No moments of note to speak of, just an appearance.

In precisely the kind of game that I believe he was signed for, Greg Stewart once again gets very little time to make any sort of decent impact at all. I find it very hard to understand the thinking behind our use of him. Why would you not play him over Arfield for example and put Hagi in the centre? Seems really strange and a real lack of belief or bravery to put him into these kinds of games. A real shame. 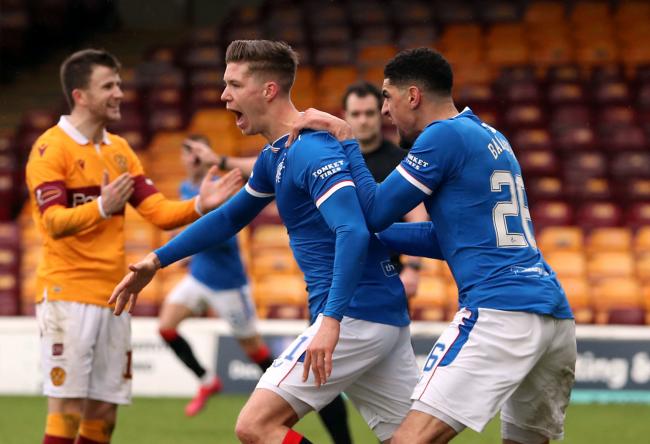 Player ratings from our draw at Fir Park. 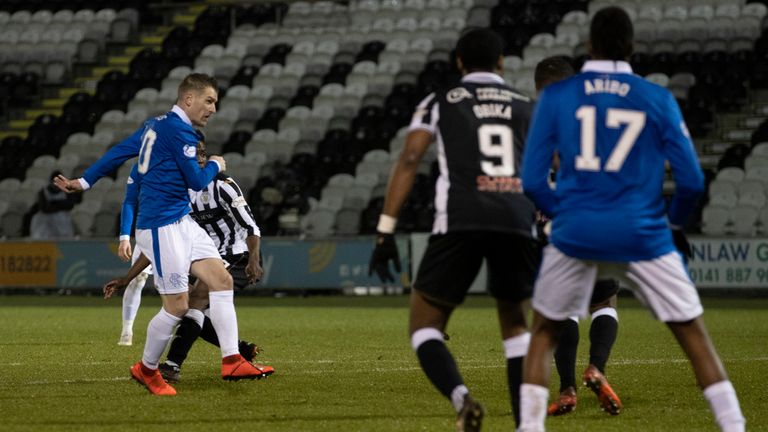 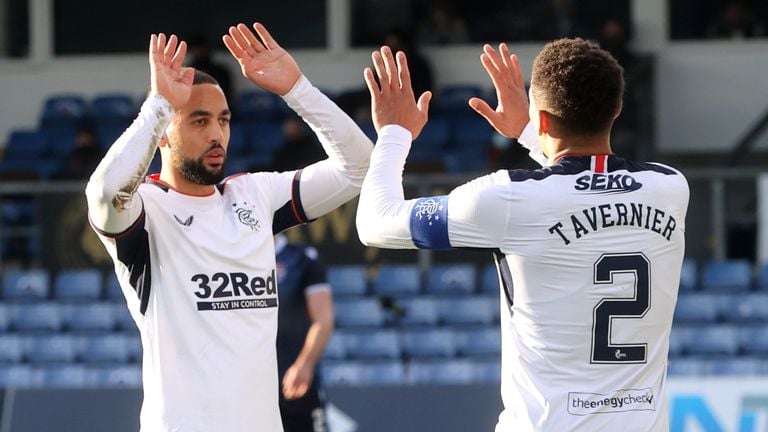 Player ratings from a comfortable win in Dingwall.