Rangers got back to winning ways in league action after the midweek calamity against Hamilton Accies. They rocked up at the Global Energy Stadium in much need of a win and the three points that come with it. The performance isn’t one that will live long in the memory but Rangers managed to pick up the 1-0 victory courtesy of a Ryan Kent deflected effort in the 77th minute. Allan McGregor had to pull off two good saves – one from Billy Mckay and the other from Josh Mullin but on the balance of play, Rangers deserved the three points.

I will analyse the most potent tactical themes that emerged from the match in Dingwall.

Steven Gerrard stuck with the 4-3-2-1 formation and he brought Matt Polster in at right-back to replace injured skipper James Tavernier, while Ryan Kent regained his place from Florian Kamberi, who had to settle for making an impact from the bench.

The Davis-Kamara axis is too passive

Possession was king in Digwall, with Rangers having 62%. However, there were not enough incisive passes in the build-up play. The above image shows Steven Davis going square to Glen Kamara. Yes, it’s the simple pass, but if he fires the ball to Ryan Kent on the half-turn despite there being a sea of blue shirts ahead of him, this would give Rangers a better opportunity to create an attacking opening. It doesn’t help Davis’ cause that, on this occasion, County have blocked the passing lane to Borna Barisic.  The third option for Davis would be to play one of his dinked pass over the top for Alfredo Morelos, but Davis chose the five-yard safe option.

First of all, when attacking Rangers do not need six, defensive-minded players around the ball. Kamara should be closer to the red circle to create an angle for Davis if he chooses to take the central route, but because there is a lack of forward movement, he has to go to Barisic to start an attack. If he plays the pass to Kamara, he would do similar and knock the easy pass to Matt Polster on the right. It’s far too static, slow and passive and easy for Ross County to defend against with their low block.  The image above is evidence of this.

Rangers in this match made a total of 200 lateral passes and just 164 forward passes in comparison. As the lateral passes graphic shows above the highest number of square passes came between Kamara and Davis, with 13 in total. This was part of the problem. It’s fine in Europe when you need to keep the ball, but in games such as this one, you need attacking intent at a quick tempo and unfortunately, Davis and Kamara slowed the play down and at times help Ross County’s gameplan become easier to execute.

Joe Aribo was the most positive midfielder

The above image shows Joe Aribo breaking the lines and trying to create an attacking opportunity for Rangers at 0-0. Unfortunately, he chooses the wrong option. Kent’s movement means there are two players on him and instead of driving into the box, Aribo tries to find Kent and the move breaks down. However, the signs of Aribo’s growth in terms of his willingness to step up to the attacking plate are becoming more and more noticeable.

Same again only this time from the first half. He is willing to drive from deep and create havoc and be more direct. Again, the move breaks down due to Morelos not being able to get the better of Morris, but he is showing these types of qualities on a weekly basis, rather than being ultra-safe like his partners. That comes as no surprise, but it would also be easy for him to fall into that trap too, which isn’t happening.

Aribo attacking stats were pretty good too: one key pass, he completed 6 of 9 dribbles, won 7 of 13 offensive duels and made five progressive runs. He’s a shining light in a midfield that’s currently lacking and kind of confidence.

The image above is the goal. Having three players in the box, makes the Ross County defence think. And more importantly, it gives Kent space to cut inside and have a shot, which ends up being the winner. It pins them back and makes it difficult to go and press the ball without leaving a gap centrally.

This time there are four players in and around the area, yes, the cross is blocked but having the extra man up top allows Rangers to have one-vs-one against centre-backs instead of allowing Morelos to be up against two monsters of defenders.

Having two in attack in the league is obviously advantageous for Rangers, the above image shows Kamberi making a run and pulling two defenders away from the ball, Kamara in one of his rare positive moments in possession was able to knock the ball through for Morelos, who was one on one with the defender. Unfortunately, his touch deserted him and the chance was gone. But it’s another example of Rangers creating space at the top end of the pitch with two strikers on the pitch working in tandem.

Rangers won more offensive duels from the 77th minute onwards than in the whole of the first half – 48% to 50% not a big shift but enough to make a difference. The crossing accuracy went up from 26% to 33%. Surprisingly, the number of shots on target came down from 55% to 50, while the xG was also lower. However, in this instance, you are better to judge with your eyes rather than what the stats are telling you.

It wasn’t the best performance at all. Rangers needed some luck to get over the line, but the positives were Joe Aribo and the manager again changing the formation to win the match. Maybe just maybe, against St Mirren, Steven Gerrard will be brave enough to start with Kamberi and Morelos together and see if going with two up top from the outset can help Rangers make these types of games less of a struggle. 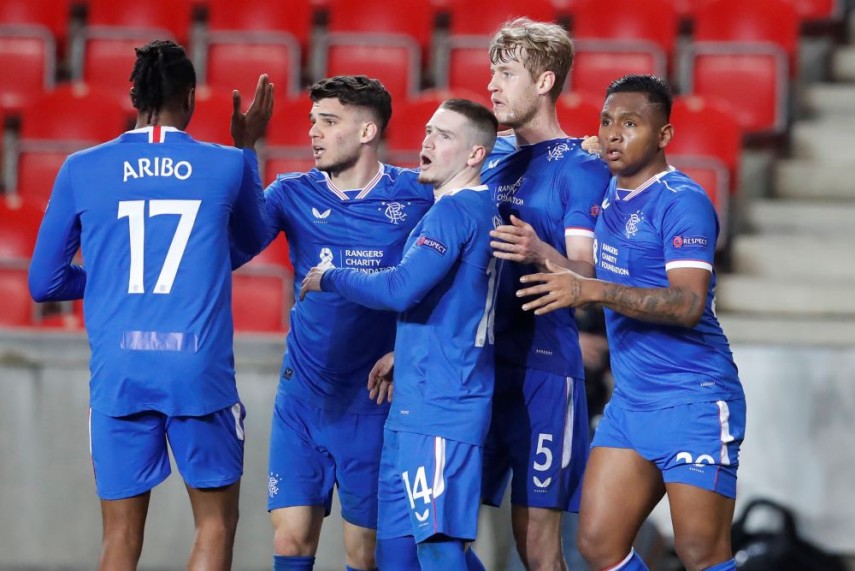 Player ratings from our Round of 16 first leg draw away at Slavia Prague.

Player ratings from our Scottish Cup exit to Hearts at Tynecastle. 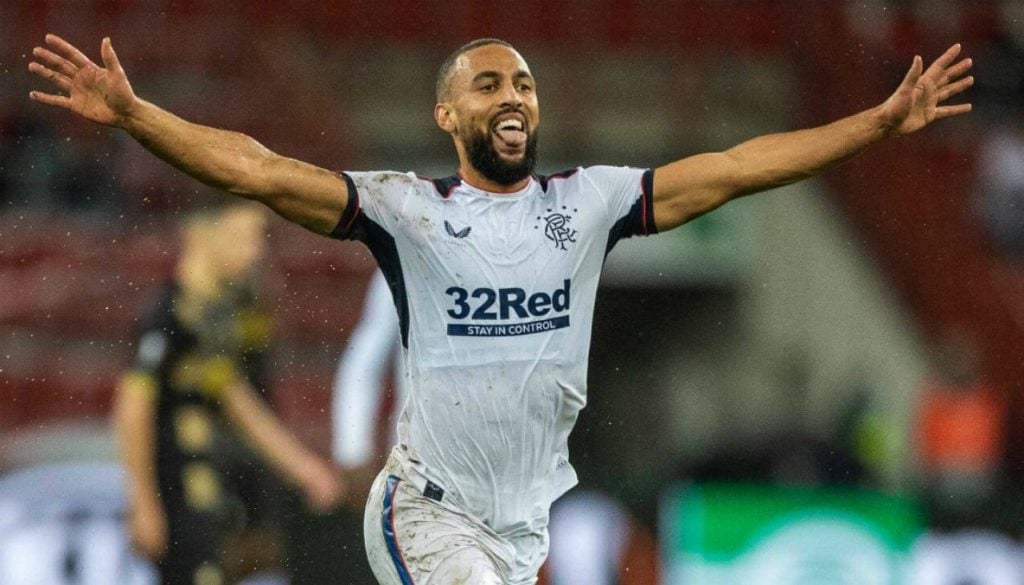 June 10, 2021
Part 2 – A blog for Europe The European campaign once again showed the quality of Steven Gerrard’s team. Three…
This website uses cookies to improve your experience. If you continue to use this site, you agree with it.