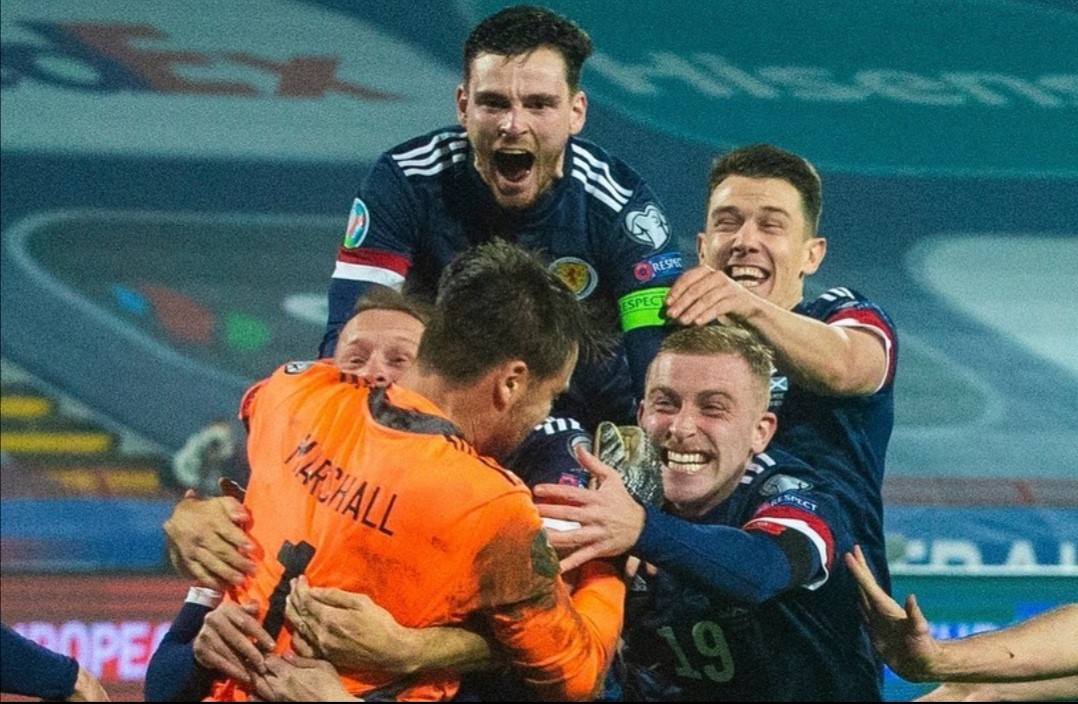 Firstly, I am very much of the view that every individual person is entitled to their individual opinion on the national side. It is a divisive issue, there really is no right or wrong here. Secondly, for a far more comprehensive discussion and analysis on the Rangers relationship with Scotland, I would recommend listening to the excellent podcast on the Heart and Hand Patreon site which discusses the issue in depth.

With the caveats out the way, I’ll put my cards firmly on the table – I support both my club and my country. That feels like it should not be as controversial a thing to say as it possibly is, but the nature of our relationship with the rest of Scottish football, especially post 2012, has led to at best apathy and at worst outright hatred of the national side. Now, as I said at the start I absolutely get and sympathise a lot with those feelings about Scotland – there is a hell of a lot of things that we would all love to change. But I feel we do not need to throw the baby out with the bathwater. Let me explain why.

As a child of 1999, this is the first major tournament the national side have qualified for in my lifetime. I had just about come to terms with the notion that I might be a walking jinx when Luka Jovic equalised in the 90th minute back in November as at that point it seemed like the only logical explanation for why, having come so close, Scotland were poised for yet more failure in spectacular fashion. But as we know that was not how it ended. The script was rewritten and for the first time in a generation we would see Scotland at a major tournament. You may have reacted to these events in a variety of different ways. You may have celebrated profusely or simply sat with a smile watching Ryan Jack charge from the halfway line to rejoice. You may have shrugged with indifference, or you may have felt nothing at all.

In the aftermath of that penalty shootout win, my mates were on the phone immediately booking flights and accommodation for London for the game against England. It is a trip I am thoroughly looking forward to and I feel immense pride going down as a supporter of Rangers and Scotland. To me the two are not mutually exclusive and nor should they be. Rangers legends have historically stridden throughout the history of the national side like colossus – the likes of Stein, Jardine and McCoist have all proudly represented Rangers for Scotland. They are part of the fabric of the historical identity of the national side – and I think we are sometimes guilty of forgetting that we, as Rangers supporters, are as well. It is a well-known fact that throughout the history of the national side, Rangers fans have dominated the Scotland support as our club dominates the domestic scene. For me personally, this is a proud tradition that I do not feel like we need to throw away.

A decline in interest in the national side over the past three or four decades has led us to a situation where it is seen by some that Scottish Rangers fans cannot possibly support both club and country. To that I would ask one simple question: why?

Many would answer along the lines of what supporting the national side has become – with many fans of Scotland being unfriendly to Rangers (to put it kindly). Many Rangers fans feel that they feel unwelcome by a new breed of Scotland supporter who links their football and their politics a bit too closely. That is a more than fair assessment of the current situation, but it doesn’t have to be like this. We are the biggest club and the biggest fanbase in this country – there is absolutely nothing stopping us from reclaiming the national side as our own. As has been mentioned, we have a proud history as fans of being the biggest and the best on a domestic and international level. I see no reason why this cannot be repeated again.

Others would possibly argue that they dislike the number of players with links to our rivals, or indeed the current management structure of Scotland. There is no denying that there always needs to be a degree of dualism when dealing with the national side and for some that may be too much to bare. But as for the current set-up it is just that – current. After the last decade, we are now starting to see a position where Rangers players are once again breaking into the national side. You have Ryan Jack (who although sadly inured for EURO 2020 is a mainstay in the side when fit), Jon McLaughlin who has been called up and a possible future captain of his club and country in Nathan Patterson. As we regain our spot as the dominant force in this country, it is only natural that our talent will shine through on the international stage and gives Rangers a more prominent place among the Scotland squad going forward. Their players are on the out while ours are on the in and it will only get better from here.

Arguably the biggest sticking point for many fans is the SFA and it is a point which I agree with. No Rangers fan likes the governance of the game in this country or indeed those who are in the position to oversee that governance. But again, I feel that situation is changeable. Rangers as a club are at the forefront of pushing for reform and change to the governance of the game in Scotland and as fans, we can be a part of that on the ground. Making our presence felt as a fanbase within the national setup will send a message that we will not be cowed into giving up what is rightfully ours.

That for me is the crux of my entire beliefs with regards to Scotland. I, you reading this and every single other Rangers fan out there have as much of a right to that side as anyone else. This is our country (despite what some people would have you think) and we are big enough to show that. I see no reason why we must surrender the national side to those who hate us as I see no reason why we cannot change the identity of supporting Scotland. We have dominated the national scene before, and we can do so again.

After the season of a lifetime, I’ll be supporting Scotland in a major tournament as a proud Rangers fan for the first time. It is an occasion I am savouring, and I know many others feel the same and hopefully, it sparks the return of a Rangers dominated national side both on and off the pitch.

Our club. Our country. Our time. 🏴󠁧󠁢󠁳󠁣󠁴󠁿

29 Feb 2020
question_answer0
Welcome back to ‘The Road to Rangers’, the series written by Ross Hutton where we take a deep dive into…
Menu
This website uses cookies to improve your experience. If you continue to use this site, you agree with it.
Ok