Seeing the Summit: The Pressure of Closing in on 55 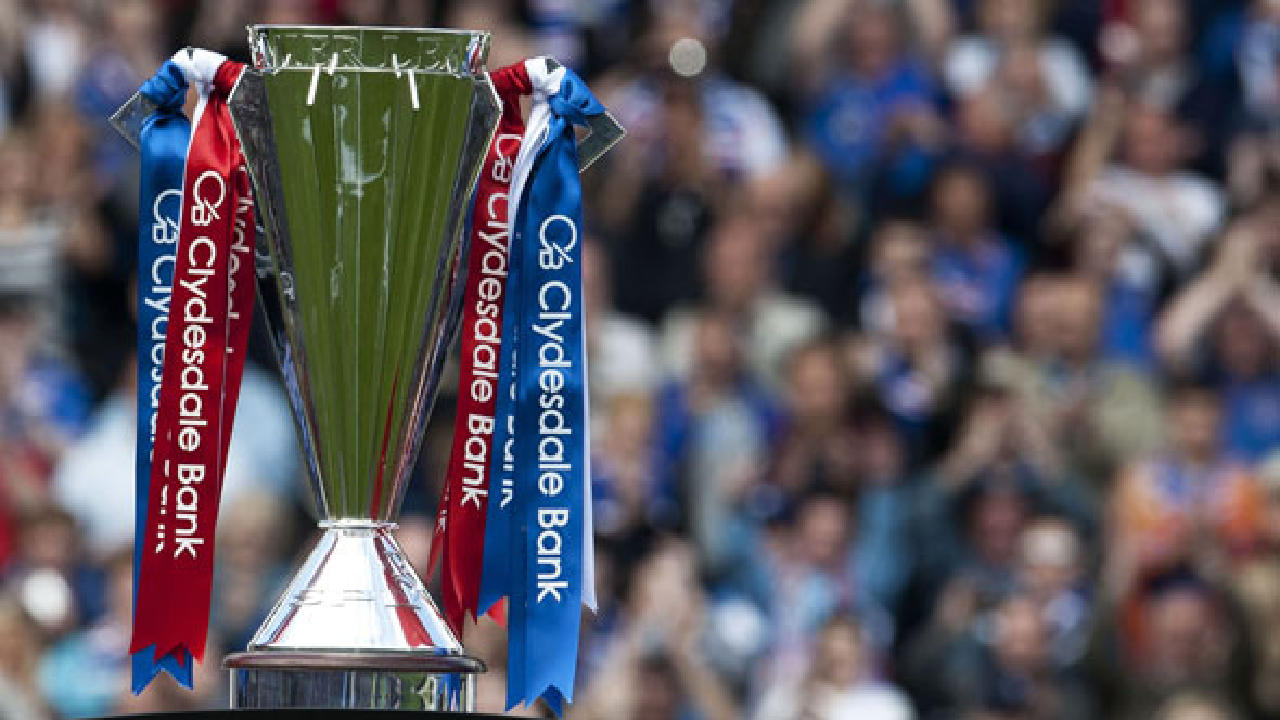 Whisper it quietly (or shout it from the rooftops) but Rangers are the favourites for the title and we should win the league from this position – 20 points ahead (14 if you assume Celtic win their games in hand – no laughing at the back please) with 15 games remaining at the time of writing. While being far from over, the lead Rangers have acquired due to the relentless nature of the side coupled with our rivals entering free-fall has meant that the summit of the mountain is very much in sight. As Rangers home in on reclaiming our crown, the “one game at a time” mantra has become well-worn from everyone at the club – Gerrard has hammered the message home into the collective psyche of everyone in the squad and as a result has fed into the fans mentality as we enter the home straight.

However, it would be naïve to suggest that the players do not have at least one eye on the magnitude of what they can achieve this season. They are 33 points away from immortalising themselves in Rangers history and becoming legends that will be talked about for as long as our great institution stands – it would require an almost super-human level of focus to not let their mind wander as to what that would be like. They know they have agency over the direction of this title and with that brings a new type of pressure, one that is new to this squad of players. With all the talk of Rangers being the favourites, there has been very little discussion as to what that means for the psychology of the players and staff as they bare down on 55. Today, that is what this article will discuss.

Cognitive and Somatic Anxieties in a Competitive Context

The word ‘anxiety’ understandably conjures up many negative emotions – specifically with regards to Rangers. It’s a complex issue and one of the most well studied sporting psychological areas of football as there is no other single psychological factor that can have a more debilitating effect on the performance of a side than anxiety.

However, this does not need to be the case. Cognitive Anxiety is a subject that has been mentioned previously in the article “Old Questions with New Answers”, where Rangers mentality was analysed. Without wanting to cover old ground and render this article completely tautological, It can be defined essentially as your worries, fears and doubts about the consequences of failure. We have these in abundance as fans and it is demonstrated during games. Example of these would be the 1-0 and 2-1 wins away at Pittodrie, Tannadice and Rugby Park, where we as fans were of the mindset that a late equaliser sucker-punch was an inevitability, despite the players being very comfortable in seeing the game out on the park. In these matches, the players have managed to channel their cognitive anxiety to drive a high level of performance – entering what’s known as ‘The Clutch State’ which will be discussed further later.

Coupled with this concept is somatic anxiety. If Cognitive anxiety is the psychological changes caused by pressure situations, somatic anxiety is the physiological changes that occur; increased heart rate, muscle tension, butterflies in the stomach, ect. These biology of these changes are the result of the nervous system being stimulated by the cerebral cortex’s fear perception, resulting in the mind immediately administering the bodies stress response system which leads to the affects just mentioned.

Combining the two in a negative sense can result in a concoction of fear and a breakdown in rudimentary elements of the performance, leading to the complete collapse of a team. In a Rangers context, we need only look back 12 months to Rangers collapse at the beginning of 2020. The pressure on the side had been increased to push on from the old firm victory and challenge for the league title, and as results began to deteriorate the squad’s inability to manage their cognitive and somatic anxieties became clear, resulting in season-ending defeats at Tynecastle in the Scottish Cup and at home to Hamilton.

Figure 1.0 demonstrates how these anxieties peak at the moment of the game, with cognitive anxiety and somatic anxiety taking over the players. However, figure 2.0 shows that coming with that, a high heart rate driven by high pressure can lead to the maximisation of performance levels among players If channelled correctly. The more our players are in challenging situations, the less prevalence cognitive and somatic anxieties will have on the players during games. Examples of these come in the tight victories at Pittodrie, Tannadice and Rugby Park, where while we as fans struggle too control our cognitive and somatic anxieties, the players are demonstrating an ability to do so. This is an invaluable skill to have as we move into the business end of the season, as if the players can keep their heads as all around them lose theirs then they will continue their relentless march towards the title.

The Clutch State and Pressure Manipulation

There are examples throughout the world of sports when it comes to an athlete or team ‘choking’ under the weight of expectation. You may think about a golfer blowing a major while putting on the final green, a football player missing a crucial penalty or a darts player losing their steady hand when aiming to check-out. Whatever example springs to mind first, it is a well-worn theory and psychological state. There are two opposing theories as to why athletes choke under pressure. The first is known as the ‘distraction hypothesis’ which suggests that high pressure situations creates a psychological overload and as the pressure begins to mount, the athlete begins to focus on the perils of failure rather than the task at hand, leading to making elementary mistakes in their performances. The second is known as the ‘conscious processing hypothesis’, which argues that in high-pressure situations athletes will begin to focus, scrutinize and second guess their own movements to such an extent that it begins to negatively affect their performance. This has been evidenced in football, as a study from experts in 2002 found footballers under intense pressure began to lose control of their preferred foot even when preforming routine tasks (such as passing and dribbling).

There is a lot of academic literature on the subject of choking aiming to explain why it happens and how It can be avoided, but what is less well written about is a developing concept known as the ‘clutch state’. The clutch state is essentially the opposite of the Choking state – where the golfer sinks the putt that wins the major, the footballer scores the penalty and the darts player hits the double – the ability to find your performance levels under immense pressure. It’s the psychological state that defines the good from the great and the champions from the also-rans. It’s a fact of life that some people are born with the clutch state and demonstrate a remarkable ability to preform under pressure. For others, that psychology needs to be ingrained over a period of time and that has been the case with Rangers.

That’s where pressure manipulation comes in, and that is what has been so key with Rangers this season. The “one game at a time” mentality is more than just a mantra – it is in fact pressure manipulation in action. While the entire squad and management team know what they are striving for, creating a mentality of reducing that pressure into eleven 90-minute periods, rather than extending that pressure over a mentally-singular 990 minute period, allows for the squad to psychologically control the level of pressure that they feel as they enter the run in to the title.

This manipulation of the pressure the squad are under allows for the clutch state to be built into the squad’s mentality. An example of this can be seen when the comments from James Tavernier with regards to treating each game like a cup final – a comment which some would see as cliché however it is far from being that. Instead, it shows that the efforts from the management to manipulate the pressure is baring fruit. It demonstrates that the squad are focused on producing a level of performance (the clutch state) that will see them get a result over the next 90-minute period without giving themselves and opportunity to choke under the pressure of the title run in.

Scoreboard Pressure is a concept that has been discussed ad nauseum within the Heart and Hand community. It’s a term that is well versed with fans of Cricket and Tennis. In cricket, when a team posts a high batting score in their first innings, it forces the opposing team to chase the game immediately when at the crease which can lead to riskier shots being taken as they know they need to make up the difference. In Tennis, when a player is an Ad down at a deuce, the scoreboard pressure comes from needing to play a perfect rally otherwise they will lose the game.

With regards to Rangers this season both examples are accurate. The relentless nature of Rangers results, taking 65/69 available points, has ensured that Celtic know they need to be equally as relentless in order to just stay in the title race. For context as figure 4.0 shows, Rangers are on the biggest league winning streak in world football by a considerable distance, more than double that of Porto as Figure 4.0 shows. Forcing Celtic into a position where they know they need to match that puts an immense amount of psychological pressure on them. As the points gap only heads in one direction, Celtic know they need to be faultless in their games in hand just to reduce the gap to 12 points. That is a psychologically draining position to be in and a perfect example of the scoreboard pressure Rangers are exerting on our rivals.

If Rangers continue to do this and our rivals continue to falter, the pressure will decrease as the gap widens, allowing for the players to ease themselves away from all the anxieties and pressure going for a title brings and while we may not be at the finishing line yet, we are damn well close to it.

Every game will immortalise the name. Keep the foot down Rangers. 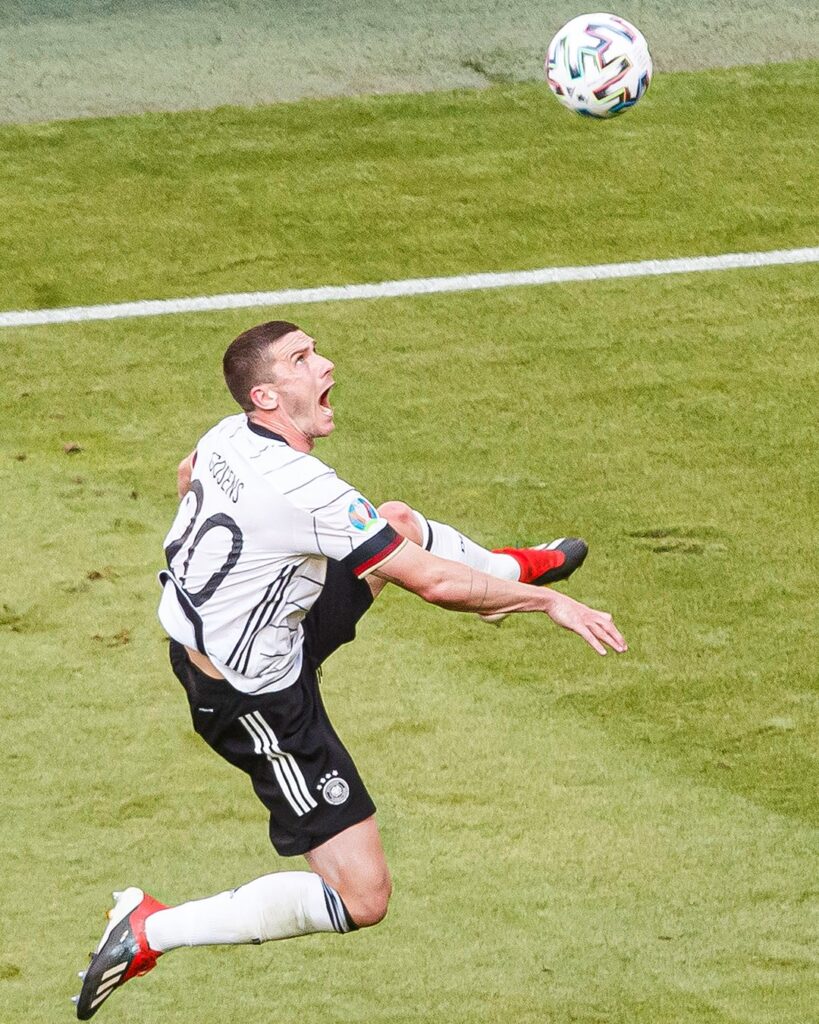 June 19, 2021
That was a lovely Saturday viewing, three enjoyable games including probably the best match of the tournament so far. It…
This website uses cookies to improve your experience. If you continue to use this site, you agree with it.