The Alternative – The Height of Tedium

One win at Parkhead in just under a decade and the world came crumbling down for those of a Celtic persuasion.

As you read this, it will be exactly three weeks since Nikola Katic’s header crashed into the back of the net and sent Rangers into delirium and set up a proper chance for us to finally go on and win 55.

What will happen with the league title will happen, however, if the last three weeks are anything to go by, then my word the reaction when we do win the league is going to be something to truly behold.

First up, we had the Celtic bloggers and moon howlers providing no end of amusement. I think my favourite was the headcase who started the petition for Alfredo Morelos to be jailed for his gesture. Sorry, “Moralis” as he spelled it.

The things these people write are worth absolutely no time dissecting or analysng. A giggle, sense of utter contempt and pity for the author and move on. At times though I do wonder, these Celtic fans who have spent the entire time of their team’s most successful spell in their lifetime constantly talking, writing and thinking about Rangers. When it’s all over and we’re back on top, do you think they’ll regret it?

Will they wish they spent less time on all matters Sevco, admin2 and #StripeTheTitties and more time actually enjoying their team being on top? Who knows or cares for that matter. If any of them are reading this however, it might be worth thinking about.

From the bloggers, we move on to the next stage, the ex-Celtic players coming out to toe the party line. Step forward Chris Sutton!

I’ve always thought of Sutton as a strange character. When he is doing co-comms on BT and sticks to actually talking about the game I’ve always found him to be, well, fine actually. Not distracting or off putting, acceptable even. He’s never going to be among the game’s most revered thinkers but he’s no worse than most ex-pros on the telly.

Problems arise when he morphs into Sutton the pundit where he has to put on this character of grouchy, angry ex pro, similar to what Craig Burley played on Setanta for years. This is exacerbated further when he becomes Sutton the Celtic cheerleader.

What is curious is when you look at both our wins over Celtic on the 29th December 2018 and 29th December 2019, Sutton didn’t have much to say in the immediate aftermath of either game. It was in the following days where he became very vocal. Now, I know the cynics among you will be thinking he must be getting fed this by someone or something, I wonder what that could be?

As for what he actually said, much like the Celtic bloggers it isn’t really worth thinking about. To be perfectly honest, there will be Green and White ribbons hanging from the portrait of Bill Struth in our trophy room before I worry about what any former Celtic player thinks about Rangers.

I find Sutton to be particularly egregious and if you need a reminder why, allow me to help: He deliberately got himself sent off in and Old Firm game by handling the ball, not once, but twice because he couldn’t hack Rangers lording it over Celtic, he accused a team of fellow professionals of lying down in a match he never watched, he entered the field of play, as a spectator, during a children’s match to scream in the face of the referee.

Chris Sutton is not worthy of our interaction, my advice to anyone reading this is simply to block him. Trust me, you’ll feel better for it.

Then the media and particularly the tabloids, with two weeks of no football helped to put the Celtic meltdown into hyperdrive by trying to sensensationalize every little thing.

This is where the whole affair went from amusing to tedious for me. Worse than that, when Alfredo Morelos was now no longer able to walk down the street without being subjected to sectarian abuse. Some in the papers even had the cheek to claim that we all should move on from the game, after fanning the flames for days on end.

Then we had that article from the downmarket English rag, neither the author nor the publication are worth naming but I’m sure you know who I’m talking about. It was a disgrace, xenophobic, ignorant, pityful.

There is a reason why the newspaper industry is on its knees. Why the Scottish tabloids have been enduring a slow death for the last 30 years and their numbers have been falling year on year. They do the same shit all the time! “EX-CELT SLAMS GERS STAR” etc. Soap opera nonsense that got tiresome a long time ago.

It looks like the aftermath of this saga is going to rumble on for sometime still as the SFA have made up charges, and a phantom third yellow card for Morelos, which Rangers are rightly going to dispute. Why this took three weeks to deliver is anyone’s guess.

To readdress my main point of this article, as someone who is about to graduate from university with an honours degree in Sports Journalism, I take little joy from the demise in newspapers. Firstly, I would like to get a job after putting the graft in over the last four years.

Newspapers are important too. We need the press, more than most other media outlets, to be there to ask the difficult questions and hold those in power to account. Write a decent match report and provide a good level of sport analysis would be a nice bonus too.

Papers are dying and becoming desperate. I can’t imagine I’ve endeared myself to many tabloid editors if they are reading this. But when I look at their standards and how I’d have to lower myself to work for such a publication, I think I’d rather keep serving coffee for a living.

Thankfully, as we all know, there is always an alternative. 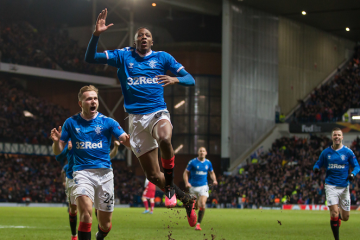 What am I supposed to say about this game? Last week, I said I didn’t really know what to expect and Yup! I did not expect that. Truth be told I can probably start every Read more… 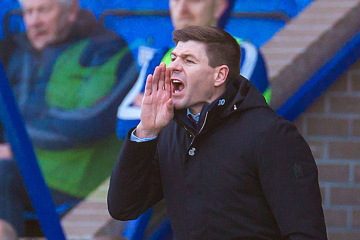 By Jamie Currie Rangers contrived to drop more points in the title race, this time at McDiarmaid Park, as they drew 2-2 with St Johnstone. Despite being able to turn the game in their favour Read more… 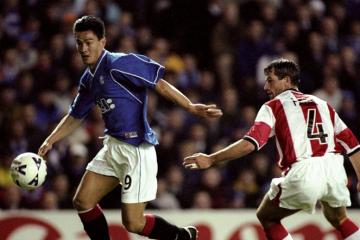 Following on from all the pain, heartache and misery we as a fanbase had endured in the mid to late 1990s this was seen as our coming of age party, finally, we were a force to be reckoned with among Europe's elite sides.

wpDiscuz
Loading cart ...
We use cookies to ensure that we give you the best experience on our website. If you continue to use this site we will assume that you are happy with it.OkPrivacy policy